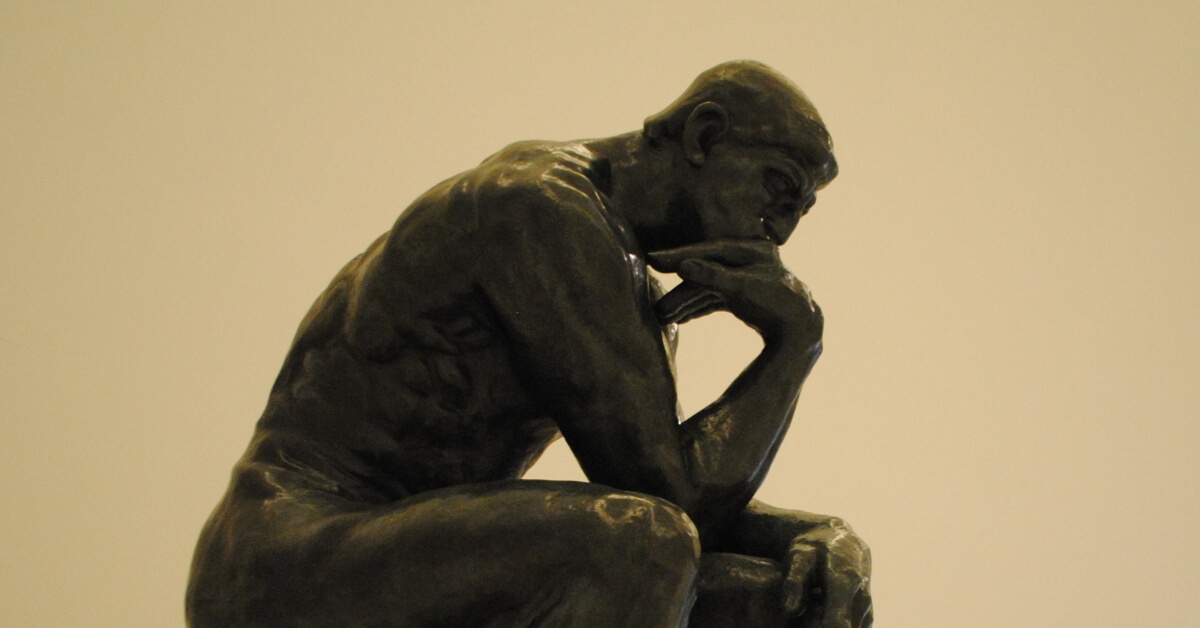 As I wrap up my Evidence for God series today, I wanted to finish with an argument which is a perfect illustration of what I said in my first post, more than a month ago: that natural theology arguments weigh the scales in the direction of theism, but by themselves cannot offer an absolute proof. There are always “what ifs” when we are dealing with fallible human observation and induction. If a skeptic is determined to evade the force of any one of these arguments, he will be able to do so. Our job as apologists is not to kill every possible what-if, but to point to the evidence, let the evidence point to God, and pray that our Father would engender saving faith where we and our arguments cannot.

So far, we’ve considered evidence from the existence of the universe, from the appearance of design at the universal and biological levels, and from morality. If even one of these arguments is persuasive, then we need to grapple with the existence of a supernatural, creative being. But there is an additional category of evidence pointing to the existence of a Creator God: what we might call mind, or soul, or consciousness.

Why are jokes funny? Why do we respond to and create beauty like Michelangelo’s paintings or Bach’s music? Why do we fall in love? Why do we wonder about ultimate meaning? And why are we aware of ourselves—a central personality which experiences all our hopes, dreams, fears, desires, ideas?

There are two possible explanations for where mind came from. Either our minds were gifted from an ultimate Mind or else they emerged spontaneously from matter. The first is the Christian view; the second, the necessary implication of an atheistic worldview. The Christian explanation for the existence of souls makes intuitive sense since a supernatural being would presumably be able to create lesser minds. In our own experience, new minds (infants) only come from other beings with minds (their parents). Creation is certainly different from procreation, but the important point is that we observe mind emerging from mind, and from nothing else.

The atheist, on the other hand, must explain how mind could emerge from matter alone. If we have no way to explain how that could happen, and if in fact we have good reason to think it could not happen, that is one more piece of evidence in favor of theism.

Much scientific effort has been devoted to discovering evidence of “soulishness” in animals in an attempt to demonstrate an evolutionary development of minds across species, rather than the abrupt gap which appears to be present between humans and every other kind of creature. Researchers’ persistence has been rewarded with the discovery of animals who use tools, who can learn to communicate with rudimentary human language, or who demonstrate what appear to be compassion, embarrassment, or other emotions. But such discoveries, while impressive and fascinating, are less significant than they may appear.

First, the mental gap between man and animal is still vast. Just compare the random blobs of a trained elephant or chimpanzee “artist” in a zoo with the purposeful sketches of a young child to see the difference that a human, artistic mind makes. Or compare the interests and aspirations communicated by Koko the gorilla with those of a human child with a similar vocabulary. Or contrast the chimpanzee who figures out how to “fish” for ants with a chewed twig with a fly fisherman, equipped with an engineered rod and reel and hunting his prey for the challenge of it. Any sort of evolutionary trail from animal mind to human must somehow get across a massive canyon between the two.

But even if animal minds showed an unbroken progression ending with human mentality, that would not actually help the atheist evolutionist at all. Because the question is not about the origin of human minds, but about mind itself. The human mind just happens to be the most advanced and the one with which we are best acquainted. If animals display faint shadows of the sort of mental characteristics we find in ourselves (bearing in mind that they are very, very faint shadows), then those characteristics also demand some explanation. A biblical worldview would imply that a dog which is behaving in a way that appears compassionate is actually experiencing something quite different from a human who is behaving in a superficially similar way, but if an evolutionist wants to press the similarity, he has simply expanded his problem. To the degree that canine compassion resembles the human emotion, it likewise calls for some explanation which transcends the material world.

The problem with deriving mind from matter through an evolutionary process is that we have no way of explaining how mental properties—things like ideas and emotions, plans and desires—could emerge from physical “stuff.” In fact, the two seem positively opposed. It is true, of course, that brain scans show physical reflections of our mental states. Regions of the brain fire as emotions are felt, memories are stored, and so on, but supposing that such physical activity fully explains our mental existence is like imagining that understanding the equation for gravity is the same as skydiving. Only the demands of atheistic materialism could make us imagine that the experience of falling in love or laughing at a joke or tasting chocolate ice cream is nothing more than flashes of energy within three pounds of brain matter.

The closest purely physical thing we have to a human brain is a supercomputer. Even the fastest computer has exponentially less processing power than a human brain, but if the atheistic theory of mind is correct, then a sufficiently complex computer should somehow become conscious. Just think about that. How many supercomputers would we need to link together before they suddenly felt the almost painful beauty of a sunset over the ocean? How much processing power will permit silicon bits to learn to feel anger? You could build a computer powerful enough to store every known language and translate between them all simultaneously, but it will never grasp why a joke can be so stupid it’s funny. Because mind is more than matter.

The difficulty, of course, is that this is not the sort of thing we can test empirically. A atheist can insist that interconnected bits of biological material could somehow kindle a mind within them, and there isn’t really any way to disprove it. But neither is there any evidence for it. We have matter, we have minds, and it certainly doesn’t seem as if the one could produce the other. And that is all we can say—but the more compelling that difficulty seems, the more you have to consider whether perhaps the mind of man came from someplace higher than the dirt beneath our feet.