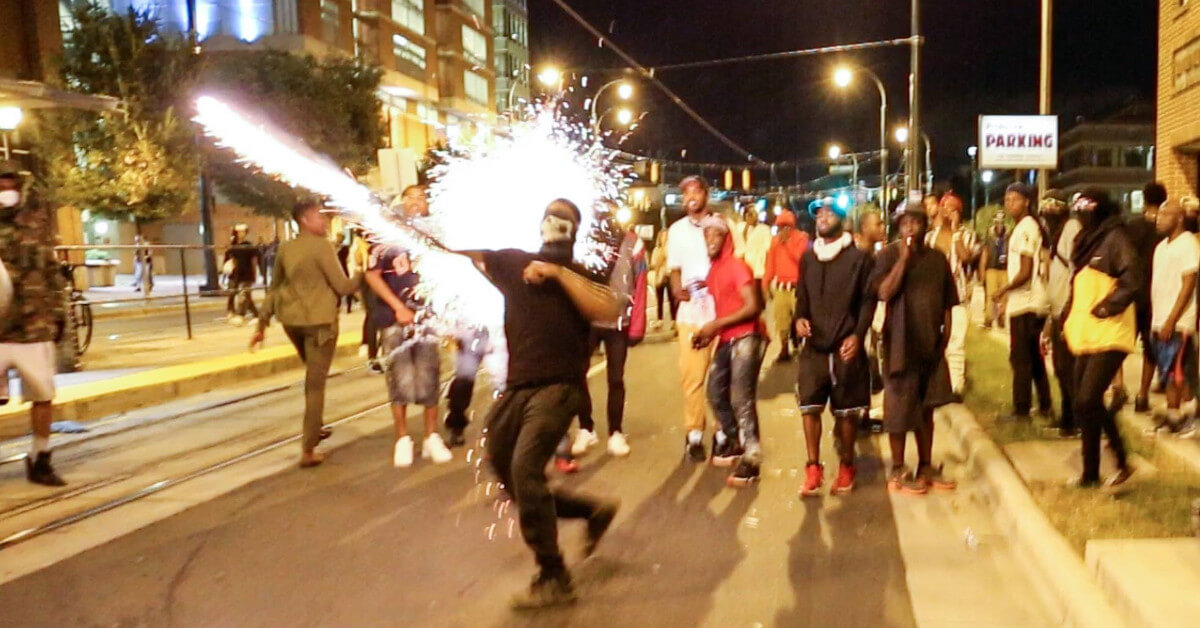 This attitude cannot be summarized better than by a widely-quoted warning from John Barnett, a leader in the Charlotte protests. Demanding that the video of the shooting of Keith Lamont Scott be released, Barnett said, “Just telling us this is still under investigation is not good enough for the windows of the Wal-Mart.” I am quite certain that John Barnett was not there on North Tryon Street smashing out the windows of the Wal-Mart in the wee hours of the morning, but he is apparently willing to let it go, to excuse it, even to use it, because he has larger concerns.

Paul warns us, speaking of sin, “Do you not know that a little leaven leavens the whole lump?” (I Cor 5:6). I am deeply troubled by the prospect that a righteous pursuit of equality and justice for the black community may be hijacked by the leaven of vengeance and selfishness. You cannot honor the Sixth Commandment by breaking the Eighth.

I am hesitant to say what I am about to say because I know it will make some readers angry, but I challenge you to bring it back to the Bible and tell me if I am wrong: If corrupt and racist police had just shot down nine black men in cold blood, it would not give the tenth man the right to break a single window or assault a single innocent person.

I pray for my black brothers and sisters who feel themselves under assault by a culture and legal system which does not always treat them equally, because their God and His Word call them to a standard of patience and self-control which is impossible without the help of the Spirit. But our Father calls us to be “blameless and innocent, children of God without blemish in the midst of a crooked and twisted generation, among whom you shine as lights in the world” (Phil 2:15) and He promises, “My grace is sufficient for you, for my power is made perfect in weakness” (2 Cor 12:9). We are not strong enough, but He is.

None of this is meant to diminish the value of protest against injustices, wherever they occur. Our God is furious against those who oppress the weak and disadvantaged. In the last book of the Old Testament, he warned, “I will be a swift witness against the sorcerers, against the adulterers, against those who swear falsely, against those who oppress the hired worker in his wages, the widow and the fatherless, against those who thrust aside the sojourner, and do not fear me, says the Lord of hosts” (Mal 3:5). I am grateful to the Black Lives Matter movement for shining a light on real and persistent injustices and inequities to which many, including me, have paid too little attention. Some of these evils come from sins within the black community, some come from sins against the black community, and some are the ugly heritage of the sins of history, so deep and lasting solutions will take time, effort, and prayer. But we must try, and try harder.

But I pray that those who fight a good fight will fight hardest of all to ensure their efforts are not polluted with the leaven of sin. An important part of that, whether we are on the ground amid the protesters or simply shaping the conversation on social media, is to ensure that a righteous cause gives no shelter or excuse to those who would counter injustice with more injustice. We Americans, of all people, should be aware of the dangers of intermixing sin with righteousness, since we have a brilliant and just Constitution which is grounded in the rule of law based upon God-given rights, yet counted black men and women as 3/5 human—and we have been paying the price for our Founder’s sin ever since. I pray that the sons of former slaves and the sons of former slave owners can do better than their fathers.