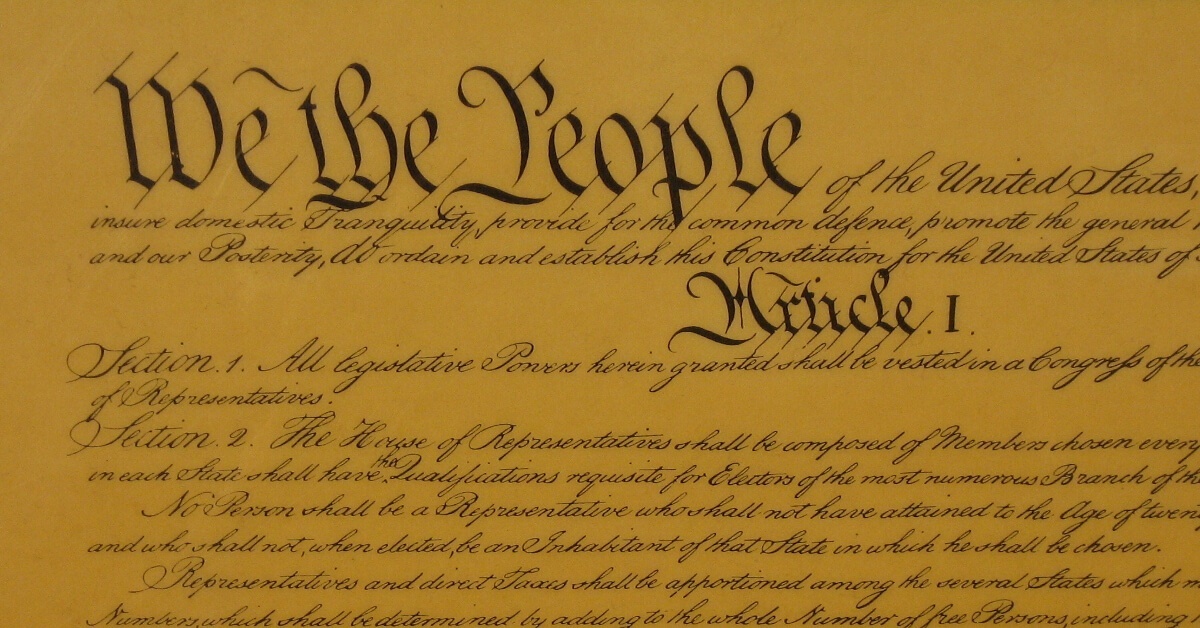 One of America’s most valuable inheritances from her mother country was the British tradition of the rule of law, which is essentially the same as the biblical perspective: that man-made law, while imperfect, nonetheless ought to be obeyed, even by those who disagree, unless obedience would break some higher moral law. It is the idea that law, even unpopular law, deserves respect and obedience because it is law.

This is not a fashionable view today. Modern liberalism came of age in the civil rights struggle, when there was a great deal of immoral law that needed to be challenged and changed. Unfortunately, liberalism carried from its natal struggle a sense that questioning the law is more virtuous than obeying it. If it is more convenient to disregard the law, well, why not? So President Obama rewrites immigration law and ignores the terms of his own healthcare law simply because Congress isn’t doing what he wants as quickly as he wants, and he seems genuinely puzzled why anyone might object out of anything deeper than mere partisanship. The law becomes mere scenery through which we move in the pursuit of justice.

But disregard for the Constitution is not limited to the political left. In our instant-gratification culture, the idea that a 200-year-old document might block something which would be beneficial in itself is intolerable to many across the political spectrum. And why shouldn’t it be? Why should law be allowed to get in the way of what seems best, simply because it is the law?

From a Christian perspective, the answer is fairly simple. We need to honor the law because the Bible tells us to honor the law. Paul wrote, “Let every person be subject to the governing authorities. For there is no authority except from God, and those that exist have been instituted by God. Therefore whoever resists the authorities resists what God has appointed, and those who resist will incur judgment” (Romans 13:1-2). And bear in mind that Paul was writing to citizens of the debauched Roman empire! Other parts of the Bible suggest that political resistance and even revolution may be justified in extreme circumstances, but God’s word makes it clear that our default attitude should be respect and obedience, even for much-less-than-ideal leaders and laws.

But we don’t have to stop at “the Bible says.” As usual, biblical principles turn out to simply work better in the real world. It is not a coincidence that the English tradition of rule of law—even though woven through imperfect laws enforced by sometimes-wicked men—created one of the freest nations in the world, a country which led the way in protecting the rights of men, women, and children, outlawing slavery, and planting colonies which are today among the most prosperous, free nations on the planet.

As Mark Steyn says, if you don’t think the English legal tradition matters, ask yourself whether you would rather be born in Haiti or the Dominican Republic. The two countries share the island of Hispaniola in the Caribbean Sea, and both endured the typical indignities and abuses that went along with colonization by a European power. But Haiti was governed by France, while the Dominican Republic received the impress of English culture and institutions. And that made all the difference. Today, life expectancy in the DR is 78 years. In Haiti, it’s 63.5 years. The infant mortality rate in the DR is about 19/1000. In Haiti, it’s 48/1000. The DR has 92% literacy; Haiti, 60%. The average DR citizen lives on $15,000 per year. The average Haitian makes $1,800.

Why does the rule of law make such a difference? Because human beings don’t always know the right thing to do, and even when we know it, we don’t always do it. Laws which must be obeyed simply because they are the law protect us against both our leaders’ dark impulses and their bright ideas. (Can we be sure which is more dangerous?) Bad laws should be changed and wicked laws should be disobeyed, but having a body of settled, respected law ensures that everyone knows the rules of the game and those with power cannot change them without thought, effort, and consensus.

Without the rule of law, “law” becomes merely a function of who has power at the moment—which brings us back around to the 2016 presidential election. Liberals (and others) are terrified of the thought of a President Trump, and conservatives (and others) are terrified at the thought of a President Clinton, in large part because we have increasingly turned the presidency into a monarchy of sorts.

If the president thinks something needs to be done, he simply does it. A pact with Iran that unconstitutionally ignores the Senate’s role in making treaties? Forbidding school districts from distinguishing between male and female students in bathrooms, locker rooms, or even overnight accommodations on class trips? Banning smoking in public housing? No discussion, no democracy; just the determination of an imperial presidency.

Yet liberals who applauded when President Obama violated the constitutional separation of powers to make the Affordable Care Act more workable, to soften immigration law, to negotiate with Iran, or to promote the transgender cause, are strangely unenthusiastic about the prospect of a President Trump wielding similarly broad powers to remake society according to his views. If only there was some way to restrain him… But the rule of law doesn’t work on a “for thee but not for me” basis. It is either universal or nonexistent.

Ultimately, every nation must choose between the rule of law and the law of the jungle, and every step away from the former, no matter how well-intentioned, is a step closer to anarchy. It may seem alarmist to worry about the collapse of order in the United States, but history is littered with examples of what happens when a critical mass of citizens lose confidence in the law. For the sake of our nation, we should pray that whoever is elected in November chooses to put principle over power and submit to the law, even when it is slow and faulty. And if our new president is insufficiently public-spirited to make such a decision on his or her own, we would do well to consider what forces of political power and public opinion can be marshaled to guard the tottering legal wall which stands between us and tribalism.