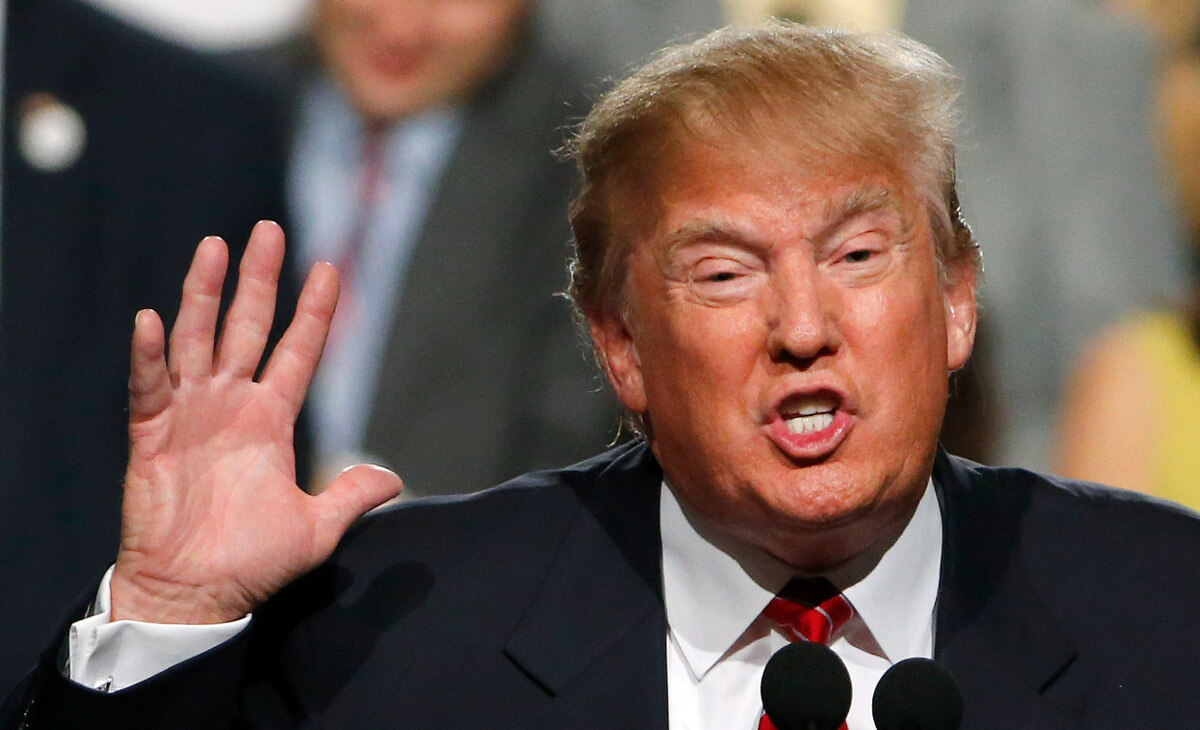 As far as I can tell, the unofficial slogan of Trump 2016 is “Trump is awful, but SCOTUS.” When I talk with conservative friends who are debating whether they can bring themselves to vote for him—which is most of them—Supreme Court nominations are invariably among the first things they mention. And it is not an insignificant point. The prospect of Hillary Clinton appointing the replacement for Justice Scalia, and perhaps another justice or two, is appalling. If Clinton wins this election she will be in a position to shift the court significantly leftward for a generation, and that prospect is among the most compelling reasons for an “anybody but Hillary” vote, even if that “anybody” is an immature con man with dictatorial instincts.

Because (a) I think this is a compelling argument and (b) I remain firmly in the #NeverTrump camp, I wanted to explain why I don’t believe Supreme Court nominations are a good enough reason to vote for Donald Trump.

Let’s start with the assumption that Trump actually would appoint solid, Constitution-respecting justices, like the names on the list his campaign released a few weeks ago. I think that is very, very unlikely, for reasons I’ll explain below, but it is worth considering as a hypothetical. Let’s suppose we could somehow see into Donald Trump’s mind and discover, underneath the shiny objects and Playboy centerfolds, a fixed determination to only appoint justices in the mold of Antonin Scalia. Would that be enough to justify voting for him?

For me, the answer would still have to be no. Trump has shown himself to be sufficiently unqualified for the presidency in temperament and character that I cannot in good conscience vote to make him the most powerful man in the world, whatever incidental good I hope might come of it. The president influences lives and shapes history in many, many ways unconnected with Supreme Court appointments, and we need to be careful not to miss the forest for the tree.

For me, voting for Donald Trump is that kind of question. Whatever unknowable good or bad might follow his election—and we can all imagine plausible scenarios for both—I cannot help to make him president of the United States, any more than I can vote for Hillary Clinton. When confronted with two unconscionable choices, the honorable option is to choose neither. Vote in the down-ballot races and write in some other name for president, or just leave the top of the ballot blank. Let the country (and ultimately God) do what they will with the presidency; meanwhile, keep on working to make your bit of the world a better place—a task far larger and more meaningful than simply filling out a ballot every four years.

And if Hillary Clinton does get elected, you can take some consolation in the fact that her Supreme Court nominees are not likely to be substantially worse than Trump’s. This can be deduced from three facts about Donald Trump and one fact about Supreme Court justices.

First, the fact about Supreme Court justices: Unless they are absolutely rock-ribbed constitutionalists, they will be dragged leftward over time by pressure from peers and the media. Exhibit A, of course, is David Souter, appointed by George H.W. Bush and soon a reliable part of the liberal bloc on the court. We could also point to Reagan appointees Sandra Day O’Connor and Anthony Kennedy, hardly reliable constitutionalists, or Bush appointee John Roberts, who was supposed to be a stalwart conservative yet has joined the four liberal justices in several key cases, including inventing the absurd defense that Obamacare was a tax in order to save it from being struck down in a 5-4 vote. The moral of the story? Unless the president appoints an “extremist” who is absolutely committed to upholding the Constitution, the newly minted justice is going to end up as a swing vote at best.

Now our three facts about Donald Trump: He has no real conservative convictions or instincts, he is a consummate strategic liar, and he is a dealmaker. If simply listening to the man speak is not enough to make his lack of conservative beliefs clear, consider his suggestion that his leftist, strongly pro-choice sister, Judge Maryanne Trump Barry, would make an excellent Supreme Court justice. Or consider the recent news that Trump is seriously considering retired General Michael T. Flynn to be his vice president despite the fact that Flynn is a registered Democrat whose views on domestic policy fall somewhere between uninformed and socially liberal. Trump does not care about his vice president’s political convictions because he has very few of his own.

Moving on to the second relevant fact, Trump’s willingness to lie for strategic gain has been amply documented during the past year, including this list of 101 Trump lies from the conservative Daily Wire. I’ll just cap it off by noting that political professionals of all ideological stripes are seriously debating whether the Trump campaign’s claim to have raised $51 million in June is a flat-out lie. Once FEC reports are filed everyone will know the truth… but that won’t happen until after the Republican convention. Political commentators who make their living watching politics genuinely aren’t sure if Trump is knowingly lying about how much money he has raised simply because it would benefit him politically. Whether or not he is lying in this case, the uncertainty tells us something about his record of integrity.

Trump’s integrity, or lack thereof, matters because the only reason we have to think he would appoint constitutionalist justices is the (admittedly impressive) list of possible candidates he released. If we could take Trump at his word, that list would be encouraging if he became president—but the idea of taking Trump at his word is laughable to anyone who has watched either his candidacy or his business career. Trump is fundamentally a dealmaker, and telling people what they want to hear is part of making a deal. He knows he needs conservative support to secure the GOP nomination, so he told us what we wanted to hear on Supreme Court appointments. Once the primary is over, there is no reason whatsoever to think he would give his “list of judicial candidates” a second thought.

Instead, when it came time to appoint a nominee, Trump’s deal-making instincts would come into play. And how do you make a deal? By compromising. Without any conservative convictions of his own, and with no real priority other than “winning,” he would end up with an ideological moderate who Senate Democrats found acceptable. (Bear in mind that Democrats are likely to have a Senate majority next year, in part because Trump will depress Republican turnout.) Democrats who know that Trump wants a deal will have every incentive to press a hard bargain, and we are likely to end up with a justice who looks more like Souter than Scalia.

The Supreme Court is important. But it is not the only thing or even the primary thing which will be decided on November 8. Personally, I cannot vote for Donald Trump under any circumstances, and that is the end of the story. But if you are wavering because of Supreme Court appointments, be sure you’ve considered the stakes. Best-case scenario, you are hoping for a leftist moderate justice instead of a hard-left justice on the court. Of course, even that is no small thing. But 2017 is not the end of history, and even from a strategic perspective, there are good reasons to think electing Trump would be more harmful than not. More importantly, the future is not in your hands. Your vote is. Does Donald Trump deserve it?