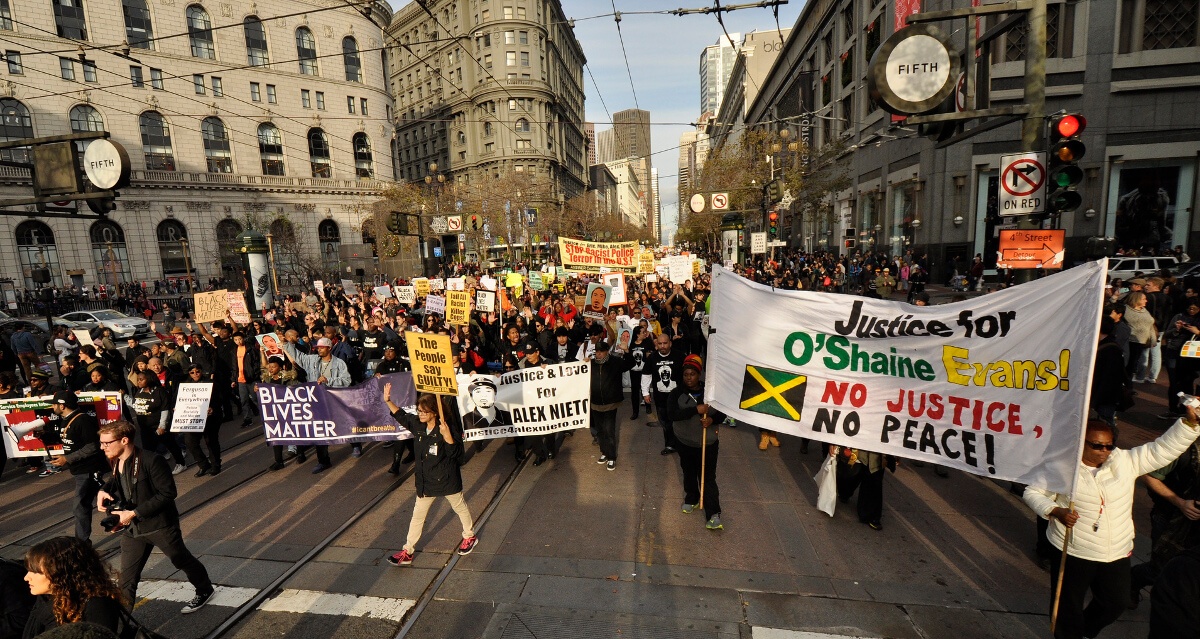 It is challenging to critique a movement which has little organization apart from a decentralized band of activists who have gathered beneath a slogan; especially when that slogan itself is true, important, and timely. But—precisely because “black lives matter” is true, important, and timely—we have an obligation to critically consider the movement which has adopted that mantra as its name. Black Lives Matter began as a hashtag following the 2013 Trayvon Martin shooting, and since then the movement has drawn significant media attention, featured in countless protests, and become an influential player in American politics. It has also adopted troubling tactics which undermine its own worthy cause.

With BLM back in the headlines this week, I think it is important to point out several reasons for concern about the movement and its tactics. I do so cautiously and, I hope, humbly; very aware that I observe and speak from the outside. However, it is possible to observe Black Lives Matter and evaluate the movement’s actions in light of universal standards of justice, just as Black Lives Matter asks us to evaluate the experience of African-Americans according to universal standards of justice. If I can judge the shooting of Philando Castile, I can also judge the protests it provoked.

With that in mind, here are three reasons why Black Lives Matter should be rejected or reformed by those who believe black lives matter.

BLM rhetoric is often misleading. Activists imply that black citizens are continually and disproportionately slaughtered by police, but the hard numbers say otherwise. While it is true that African-Americans are involved in police shootings proportionally more frequently than other races, they also commit more violent crimes which bring them into conflict with police. About 1/4 of violent crimes are committed by African-Americans, and about 1/4 of police shootings involve African-Americans. In fact, a comprehensive study by a Harvard economist released earlier this week found police officers were slightly less likely to shoot a black suspect than a white one.

BLM has a habit of pushing misinformation that advances their preferred narrative, such as the thoroughly discredited claim that Michael Brown was shot while raising his hands in surrender, inspiring the protest chant “hands up, don’t shoot.” These sort of misrepresentations have real-world consequences. A young black man who has been told that police are just itching to shoot him even if he cooperates is less likely to do so, potentially creating a self-fulfilling prophecy.

Misrepresentations also discredit the more fact-based concerns that advocates for black lives could and should be raising. The Harvard study mentioned above did find that police were significantly more likely to use non-lethal force against African-Americans. There are many possible explanations for this finding, not all of which leave primary blame with the police, but it is a genuine disparity which deserves more attention and examination. Similarly, the Department of Justice’s comprehensive report on policing in Ferguson, Missouri following the Michael Brown shooting revealed very real injustices, including an onerous system of petty fines and regulations which turned the largely poor, minority citizens of Ferguson into a cash cow for the city government. There is much need for reform in how minority communities are governed and policed, but using false claims to advance a narrative does nothing but cloud and discredit the issue.

The BLM movement has vigorously repudiated any suggestions that their rhetoric might have inspired Micah Xavier Johnson, the Dallas police shooter, and they are certainly correct that criticizing the police is not the same as calling for the murder of policemen. Unfortunately, that defense is somewhat complicated by the fact that calling for the murder of policemen is not unheard of at BLM protests and such hate speech has generated little pushback from who lead the movement.

More broadly, BLM protesters have been quite willing to harm police officers who are simply doing their job. This weekend’s rally in St. Paul offers a typical example. As police tried to maintain order, they were attacked with rebar, bricks, and Molotov cocktails, leaving more than 20 officers injured, one with a fractured vertebrae. Like the Dallas shooter, many in the BLM movement see police as faceless enemies who can be hurt in order to make a point.

But it’s not just police. Protesters at the St. Paul rally shut down I-94 for hours, a popular BLM tactic, inconveniencing and possibly endangering anyone who happened to be passing through. Another BLM tactic, called #BlackBrunch, is to storm restaurants and scream at diners about racism. Protesters in Minnesota have shut down Mall of America during the last two Christmas shopping seasons. It feels trivial to complain about an interrupted commute or upset Christmas shopping trip when BLM is concerned about police brutality, but there is still an important principle at stake. Either BLM believes those they frighten or distress are guilty simply by virtue of (presumably) being white, which is the logic of racism, or they believe their message is important enough that it gives them the right to harm the innocent, which is the logic of terrorism.

The moral distance between blocking a highway and attacking police is quite large, but they exist on the same continuum. Both assume that one wrong justifies another. Unlike the civil rights protesters of a generation ago who opposed violence with nonviolence, BLM activists have demonstrated a willingness to go after innocent bystanders in order to spread their message. That is an attitude which is more likely to spawn a cycle of violence and hatred than to bring meaningful change.

Denial of Any Other Problems

To hear BLM tell the story, it would appear that racism and police brutality are the only things keeping down African-Americans. There is no mention of other serious problems such as attitudes toward education, work, and family; gang violence; abortion; or the epidemic of single motherhood which is probably the most debilitating crisis facing the black community. Of course, it would be ridiculous to arbitrarily insist that BLM pick some priority other than racism and police misconduct. Where such evils can be found—and they are more common than we would like to admit—they must be opposed. However, it is difficult to advocate for black lives while effectively denying the existence of many of the worst challenges to those lives. Picking one problem to address is a matter of practical focus; acting as if no other problems exist is simply denial, and denial is not fertile soil for reform.

Most white Americans do not fully appreciate the weight of the burdens that past and present racism have placed on the African-American community. I know I do not.  The fact that racial equality is the law of the land and racism is no longer acceptable in polite company does not mean that that ugly shadow of slavery is entirely gone, and it certainly does not immediately eradicate the ingrained effects of past injustices. Many of the social pathologies for which it is easy to point fingers at black America can be traced back, at least in part, to the sins of our fathers. “Let he who is without sin cast the first stone.” But merely recognizing past guilt does not point a path forward. We should welcome the voices of our black brothers and sisters as we seek to understand how to love our neighbors as ourselves, but one part of listening carefully is refraining from giving moral authority to those who do not deserve it.

3 thoughts on “‘Black Lives Matter’ Undermines Its Own Cause”