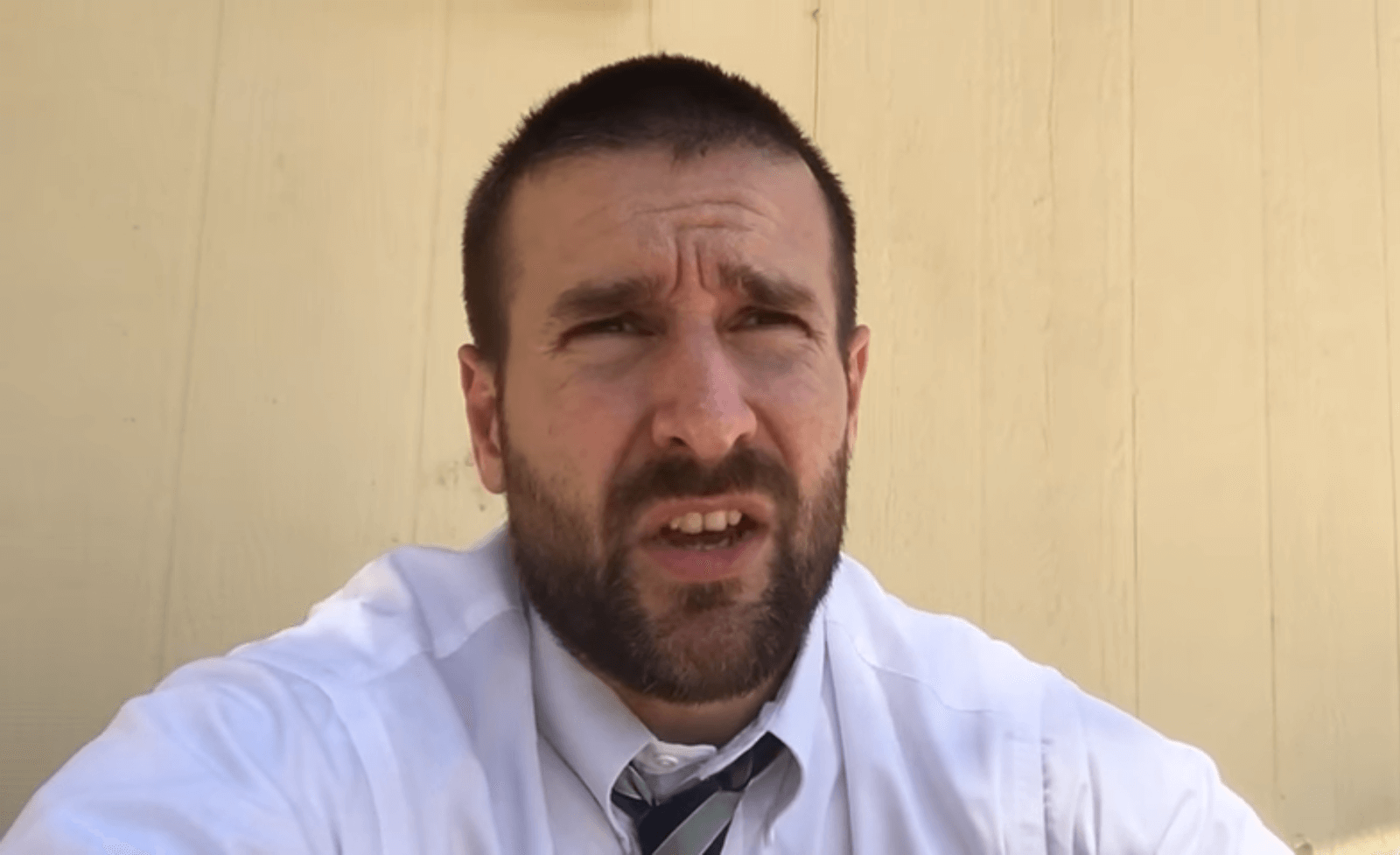 First of all, Anderson slandered homosexuals by stating that they are all pedophiles. While there is some correlation between homosexuality and pedophilia, it is objectively false to say that anything close to a majority of homosexuals are pedophiles. That means Anderson is bearing false witness. As Christians, we have a special responsibility to be blameless and above reproach. We, of all people, should be most careful with our facts, and slander is slander regardless of the merit of whatever else we may say.

But by far the worst part of Anderson’s vile video is his apparent delight in murder. God says, “I have no pleasure in the death of the wicked, but that the wicked turn from his way and live” (Ez. 33:11). Jesus dined with tax collectors and prostitutes, even while calling them to “sin no more.” He shared water with the promiscuous Samaritan woman at the well. Apparently John left out the part where Jesus first called her “disgusting” and wished someone had killed her.

While Anderson might think he is speaking with God’s attitude toward sin, in reality he sounds more like the prophet Jonah, who rejected God’s perfect balance of justice and mercy for wicked Nineveh and insisted on his own, less forgiving standard. It is easy to excuse our own bitterness and hatred of those who make us uncomfortable by cloaking ourselves in biblical language about sin, but unless we are calling for repentance from a heart of love, we are sinning. The place of an Orlando Christian on June 12 was that of the Good Samaritan, holding the hand of a shaken survivor or standing in line at a clinic to give blood. (Giving blood for sinners has a long Christian pedigree…)

But what about that verse in the Old Testament law to which Anderson appealed in his video? Leviticus 20:13 does prescribe the death penalty for homosexuality. On the other hand, Leviticus 20:9 prescribes the death penalty for cursing one’s parents. Unless Anderson is also making YouTube videos calling for the firing squad for disrespectful teenagers, he is cherry-picking God’s law to suit his own biases. But how should we understand such Old Testament law?

I discussed this question in more detail in The Truth with Love, but the short version is that Old Testament law is divided into several kinds. Civil laws, of which Leviticus 20 is one part, were laws for the nation of Israel, as a nation. To drive home the seriousness of sin, God’s law for the Jewish nation mandated the death penalty for a variety of offenses, including homosexuality. While that is startlingly harsh to modern ears, if we believe the Bible that unrepentant sin separates us from God forever, then the threat of capital punishment was also a merciful warning while there was still time to change course. Regardless, Jewish civil statutes no longer apply today because the Bible makes it clear that Old Testament civil and ceremonial laws (unlike moral laws like the Ten Commandments) are no longer binding on Christians. Leviticus 20 tells us that God considers homosexuality—and disrespect of parents—a serious sin, but it does not tell us what laws our government should pass today. And it certainly gives no warrant to rejoice at murder, whatever the victims’ sins may have been.

Ironically, Pastor Anderson’s sin in posting this cruel, slanderous video is arguably greater than anything the Pulse nightclub has ever hosted. Sin is sin, but the Bible does condemn some sins more harshly than others, and the public sins of a professing Christian acting in God’s name are among the most weighty. Jesus warned his followers, “Everyone to whom much was given, of him much will be required” (Luke 12:48), and the epistle of James has a special warning for pastors and other teachers: “Not many of you should become teachers, my brothers, for you know that we who teach will be judged with greater strictness” (3:1). Speaking in the name of the Lord is a serious business. Thanks be to God for the forgiveness that is equally available to the out and proud homosexual, to Pastor Steven Anderson, and to me for the prideful and uncharitable spirit which I’ve been fighting as I write this response to him.

We are all sinners and we all need mercy every day. I have struggled with lust too much to look down on my homosexual neighbor and I have said too many foolish and sinful things to look down on Mr. Anderson. All any of us can do is pray with the tax collector in Jesus’ parable, “God, have mercy on me, a sinner.”