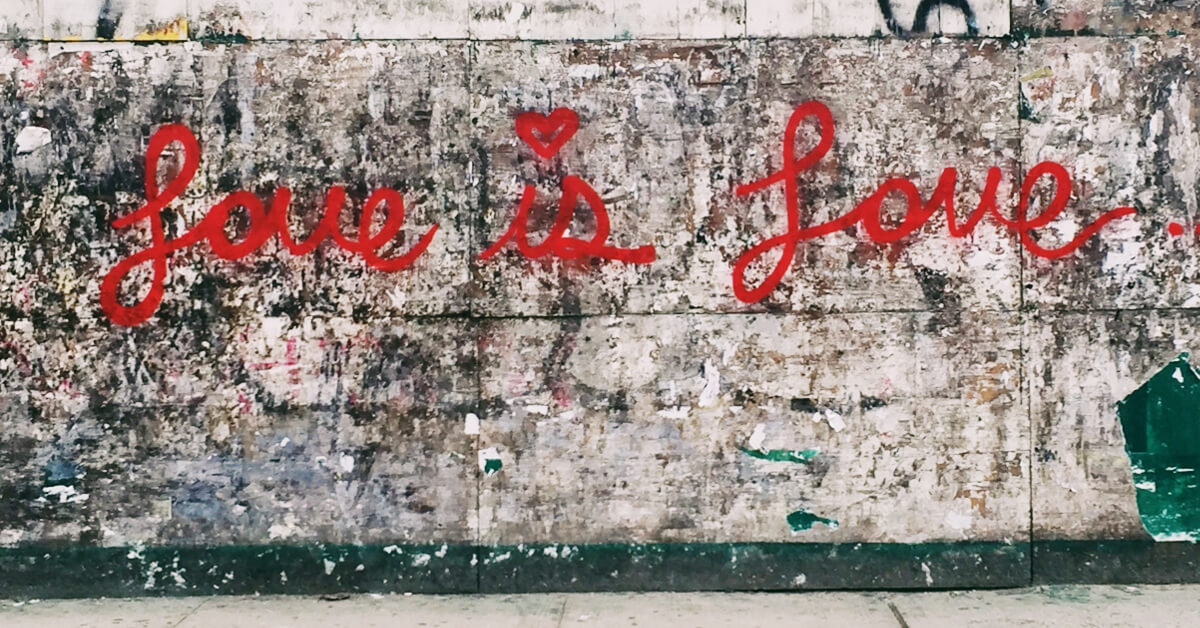 All You Need Is Love. It’s the title of a classic Beatles song, but it’s also more or less what Jesus said when a religious teacher asked him what was the greatest commandment in the Law. Love God with all your heart, soul, and mind, and love your neighbor as yourself, Christ answered. “On these two commandments depend the whole Law and the Prophets” (Matt 22:40).

In other words, if we could only understand what love for God and love for our neighbor means, we could safely throw out all the rest of the commands of Scripture and just love. It’s not unreasonable to ask, in light of Jesus’ own words, why God didn’t edit the Bible down to a single page with the admonition “Love Yahweh and everyone else” embossed on the front and maybe a few Psalms on the back.

Perhaps more than any other part of the Bible, the book of Judges helps to answer that question.

Judges relates the history of Israel after their arrival in the Promised Land but before the era of the kings of Israel. As the final verse tells us, “In those days there was no king in Israel; everyone did what was right in his own eyes.” For anyone familiar with the book, with its recurring cycle of sin, judgment, and soon-forgotten repentance, starring child-sacrificing Jephthah and lustful Samson and culminating with idolatry in Dan, rape at Gibeah, and the destruction of an entire tribe by their own brothers, it’s easy to read “what was right in his own eyes” as “evil.” But doing so shortchanges the warning of Judges. Because it doesn’t say the Hebrews set out to do evil. It says they set out to do right—as they saw it.

After detailing the histories of the individual judges, the final five chapters of the book (17-21) summarize a dark era with two stories which are striking, not just for their moral depravity, but for their moral confusion. In the first, a repentant thief, Micah, is gifted two hundred pieces of silver by his mother, who declares, “I wholly dedicate the silver from my hand to Yahweh for my son to make a graven image and a molten image.” Micah’s mother seeks to honor Yahweh by creating the very things—indeed, using the very same words—which Deuteronomy 27:15 declares “an abomination to Yahweh.” But, apparently, it seemed right in her eyes; an act of devotion, even, perhaps, an act of love.

Micah shares his mother’s confusion. He finds a Levite wandering the countryside and delightedly commissions him priest of his idolatrous little shrine. Micah’s son had done the honors before, but he is encouraged to find the Levite as a replacement because now that he has one of God’s priestly tribe to officiate before his idol, “I know that Yahweh will prosper me, seeing I have a Levite as priest.”

After concluding the story of Micah and the Danites who show up to steal both his idols and his priest, the narrator turns our attention to one of the most sickening stories in the Bible, the ugly tale of another Levite, his concubine, and her rape in the Benjaminite town of Gibeah. Here, again, we see not just depravity but confusion. When the men of Gibeah attack the house where the Levite and his party have stopped for the night, intent on raping the man, their host makes a swift calculation and concludes that hospitality compels him to offer up his own daughter and the Levite’s concubine to be violated instead. No care for the weak and defenseless here—but it must have seemed right in his own eyes.

Then, in the book’s final chapter, after Israel has gathered herself together and massacred Benjamin in vengeance for the crime of Gibeah, once again we find… confusion. Having industriously slain almost the entire tribe and pledged not to allow their daughters to marry any of the survivors, Israel is suddenly stricken with dismay at the prospect of Benjamin’s destruction. We find them weeping before God, but there is no hint of seeking divine direction. Instead, “Then the sons of Israel said… And the congregation sent…” In their collective wisdom, Israel detaches a contingent to massacre the inhabitants of a fellow Hebrew town which had sat out the campaign against Benjamin and steal their women for the surviving Benjaminites. Then, in a scene which would almost have a slapstick flavor were it not so horrifying, the elders of the congregation realize they haven’t yet gotten enough women for all the Benjaminites yet, so they direct the remaining men to go and kidnap 200 virgins while they are celebrating a nearby religious festival!

Because, after all, the final line of the story reminds us, “In those days there was no king in Israel; everyone did what was right in his own eyes.”

The book of Judges is full of people doing horrifying, unthinkable things because it felt like the right thing to do. Perhaps that is part of why it feels so distant, even unreal, to many modern readers. Modern, civilized, 21st-century people find it hard to empathize with Bronze Age barbarians who could go so wrong in their quest to do right. It makes us wonder if perhaps the writer of Judges was fictionalizing things just a bit for the sake of the narrative.

Which is a curious thing for us to wonder just a couple generations after the center of learning and industry in Europe decided to feed six million people into ovens in the name of progress.

But we aren’t Nazis, one might object. Well, neither were they, at first. But alright then, let’s stick closer to home. I’m currently reading Life’s Work by Dr. Willie Parker. In it, Dr. Parker describes the conversion from casually pro-life to devotedly pro-choice which would send him on a mission performing abortions across the Southeast.

It was like a punch, all at once, in my spiritual gut. The Scripture came alive and it spoke to me. For the Samaritan, the person in need was a fallen traveler. For me, it was a pregnant woman. The earth spun, and with it, this question turned on its head. It became not: Is it right for me, as a Christian, to perform abortions? But rather: Is it right for me, as a Christian, to refuse to do them?… From that moment, not providing abortions and not living out my convictions would have been a fate worse than death. Once I understood that the faithful approach to a woman in need is to help her and not to judge her or to impose upon her any restriction, penalty, or shame, I had to change my life.

And so wholesale abortion became right in Dr. Parker’s eyes, the “products of conception” be damned—or at least, eviscerated. It was the only loving thing to do.

Or how about the article I came across this morning in The Guardian about the burgeoning sex-robot industry. The artificial-intelligence-based holy grail of the $30 billion industry is becoming a reality, as “Voice and facial recognition software, motion-sensing technology and animatronic engineering can be combined to create dolls that can give you a warm, smiling welcome when you come home, entertain you with snappy conversation and always be available for sex.” Asked about the ethics of his work, one of the leading designers was puzzled.

He has never considered that there could be something emotionally empty about replacing a human presence with circuitry and silicone. “The purpose of True Companion is to provide unconditional love and support. How could there be anything negative about that? What can be the downside of having a robot that’s there to hold your hand, literally and figuratively?”

How could there be anything negative about it? It’s the loving thing to do, as anyone could see.

One could pile up additional examples, but why bother? The problem with relying on love alone to guide us is that we are fallen and blind. Believing ourselves to be wise, we become fools (Rom 1:22). The book of Judges doesn’t just want us to see the vile depravity of the rapists at Gibeah, but also the well-intention depravity of Micah’s mother and the confusedly vengeful Israelite army. Without God’s help, we cannot even figure out what love is.

So God told us what love looks like by drawing a template which you and I call biblical law. If Jesus said that the law and the prophets can be summed up as loving rightly, then that also means that loving rightly means obeying what the law and the prophets teach. One of the reasons why the psalmist cried, “O how I love Your law! It is my meditation all the day” (119:97) is because God’s law taught him how to love.

In a world with radically different values, assumptions, and perspectives, the Bible’s laws will sometimes feel confusing, or even wrong. Today, the biblical restrictions on sex in particular—one man, one woman, married—can feel small-minded and uncompassionate. It is tempting to cast these and other difficult commands off in the name of love. But we must make a choice: Do we trust the God who died for his love of us to tell us how to love one another? Will we do what is right in our own eyes, or in our Father’s?