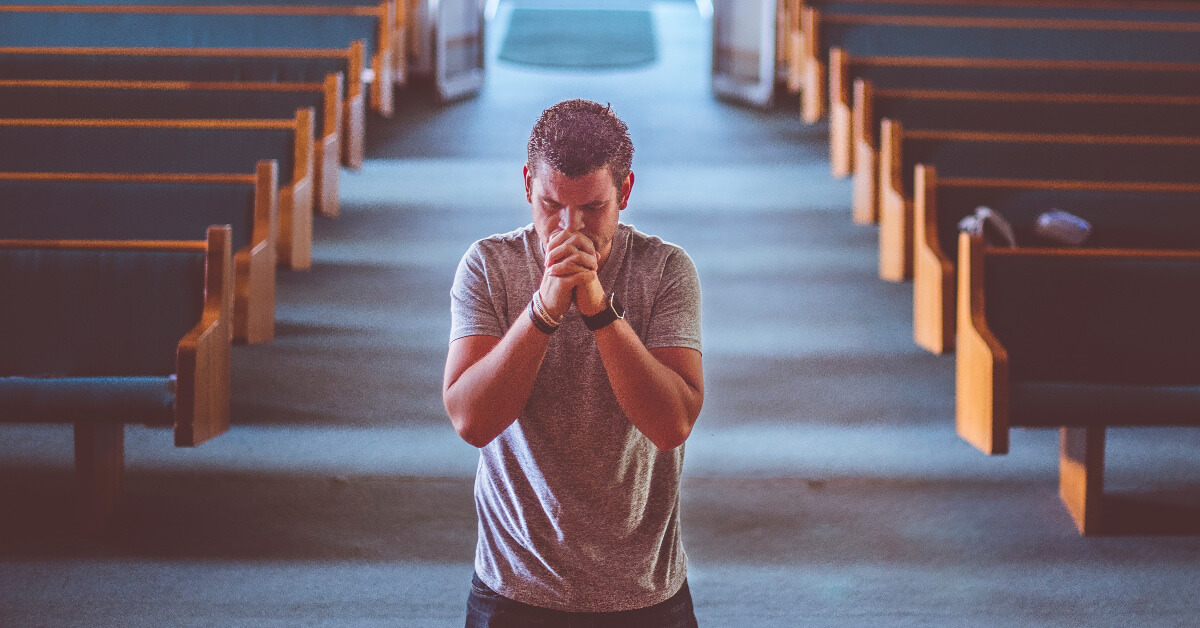 There are few more famous sins in the Bible than David’s adultery with Bathsheba, followed by the murder of her husband. Yahweh’s anointed king, “the man after God’s own heart,” showed the ugliness that lurks in every one of Adam’s sons, and the Lord’s response was swift and angry. II Samuel 12 describes the scene as the prophet Nathan challenged King David, “Why have you despised the word of the Lord, to do what is evil in his sight?” The account only includes the initial, simple response of the stricken king: “I have sinned against the Lord,” but Psalm 51 conveys the depth of David’s repentance and grief as he writes,

I know my transgressions,
and my sin is ever before me.
Against you, you only, have I sinned
and done what is evil in your sight,
so that you may be justified in your words
and blameless in your judgment.

Hide your face from my sins,
and blot out all my iniquities.
Create in me a clean heart, O God,
and renew a right spirit within me.
Cast me not away from your presence,
and take not your Holy Spirit from me.

David sinned grievously, but he repented fully. His sin drove him back to God, not away. In contrast, consider another king of Israel, a century later. King Ahab was not a righteous king—far from it. But I Kings 20 describes two great victories which God granted Ahab over a stronger antagonist, Ben-hadad the king of Syria. The second triumph was so complete that Ben-hadad himself was captured. Yet, after his victory, King Ahab fell into Israel’s habitual sin of taking the danger of accommodation with the world lightly. Calling the idol-worshiping Syrian king “my brother,” Ahab made a covenant with him and sent him on his way.

In response, Yahweh, who had just saved Israel from the enemies with whom their king had now allied himself, sent a prophet to confront Ahab. The prophet declared, “Thus says the Lord, ‘Because you have let go out of your hand the man whom I had devoted to destruction, therefore your life shall be for his life, and your people for his people.'” Ahab’s response? “And the king of Israel went to his house vexed and sullen.” God’s rebuke brought irritation rather than repentance.

In the very next episode of Ahab’s story, we find the king of Israel conspiring to murder an innocent man in order to steal his vineyard, a crime that spells the doom of Ahab’s dynasty. Though his plot succeeded, Ahab himself would die in battle, and his family would be destroyed in a coup orchestrated by God as punishment for their bloodthirsty wickedness. The last we hear of Ahab comes in II Kings 10, as we’re told, “Jehu struck down all who remained of the house of Ahab in Jezreel, all his great men and his close friends and his priests, until he left him none remaining.”

The Consequences of Repentance

As we see in the story of David, no sin is too serious for the Lord to forgive. The God who allowed the human race to murder his son can forgive us for whatever we personally may have done. But forgiveness can only follow repentance; not just of words, but the sort of genuine grief and turning away from sin which David evidences in Psalm 51. Sorrow over being caught or regret about the consequences of our sin are not repentance. True repentance cries with David, “Create in me a clean heart, O God, and renew a right spirit within me.”

But if we do repent, God will forgive. Period. As David wrote later in the same Psalm, “The sacrifices of God are a broken spirit; a broken and contrite heart, O God, you will not despise.”

For King David, repentance brought mercy and restoration for himself and his family. The ripple effects of his sin and God’s judgment still brought war to his land and ended the lives of several of his sons, but David himself was restored to right relationship with his God and when he died, he left his throne to a righteous son, Solomon. In contrast, unrepentant and defiant Ahab responded to God’s chastisement with irritation and sowed the seeds of his own death and the destruction of his family.

How Do You Respond to Your Own Sin?

Some of the most important moments in our lives come after we become aware of some sin we have committed. How do you respond to such an unwelcome revelation? When you’re confronted by a friend or convicted by the steady pressure of the Spirit? Do you react with the humility and repentance of David, or with the aimless frustration of Ahab?

There are few more valuable spiritual gifts to pray for and cultivate than the habit of repenting well. Godly repentance, as David models it in Psalm 51, includes three elements. First, taking responsibility for our sin; second, asking God’s forgiveness for it; and third, turning decisively away from it. Such repentance is essential for a healthy spiritual life and is also a tremendous blessing to those around us.

Quick and sincere repentance keeps our relationship with our Father healthy. When Peter wanted to encourage husbands to treat their wives well, he warned them that failing to do so would hinder their prayers. The same is true of all sin. When we choose to sit in moral filth, we cut ourselves off from God, at least in part. We cannot pray or read the Word or worship with the freedom and joy that should characterize our walk with our Father. Elsewhere in the Psalms, David speaks of his bones “wasting away” while God’s hand “was heavy upon him” when he held back from repentance (Psalm 32). That sense of an airless, arid pressure will resonate with anyone who has tried to feel comfortable in the presence of God while keeping a bit of sin hidden away in a back pocket.

But repentance is not just between us and God. The sin that David repented of wounded his family, but Ahab’s unrepentant sin destroyed his. At the moment of conviction, as each king realized his own guilt, the wellbeing of everyone associated with him was wrapped up in his response. Similarly, when God convicts us of sin our response will echo through our family, perhaps for generations.

When you repent well, you offer your family two gifts. First, you may spare them from scalding splashes of the judgment which unrepentant sin draws on itself. As Proverbs 3:12 reminds us, God’s reproof when we sin is a sign of our Father’s love. (Would we rather that he did not warn us when we stray?) But reproof which you draw on yourself cannot help stinging those around you. If we love our families, we will throw away our sins as quickly as a live grenade, and for the same reason.

But there is a positive reason to repent for the sake of your family as well. Who will teach your children how to repent, if not you? Your children will see you sin; what will they see you do afterward? All the sermons in the world cannot instruct more effectively than the example of a father or mother who shows the urgency of repentance and the beauty of restoration in their own life.

When you are tempted, don’t sin. But when you sin, repent. As you cultivate a habit of humble, prompt repentance, you will be able to testify with David, “Blessed is the one whose transgression is forgiven, whose sin is covered” (Psalm 32:1).