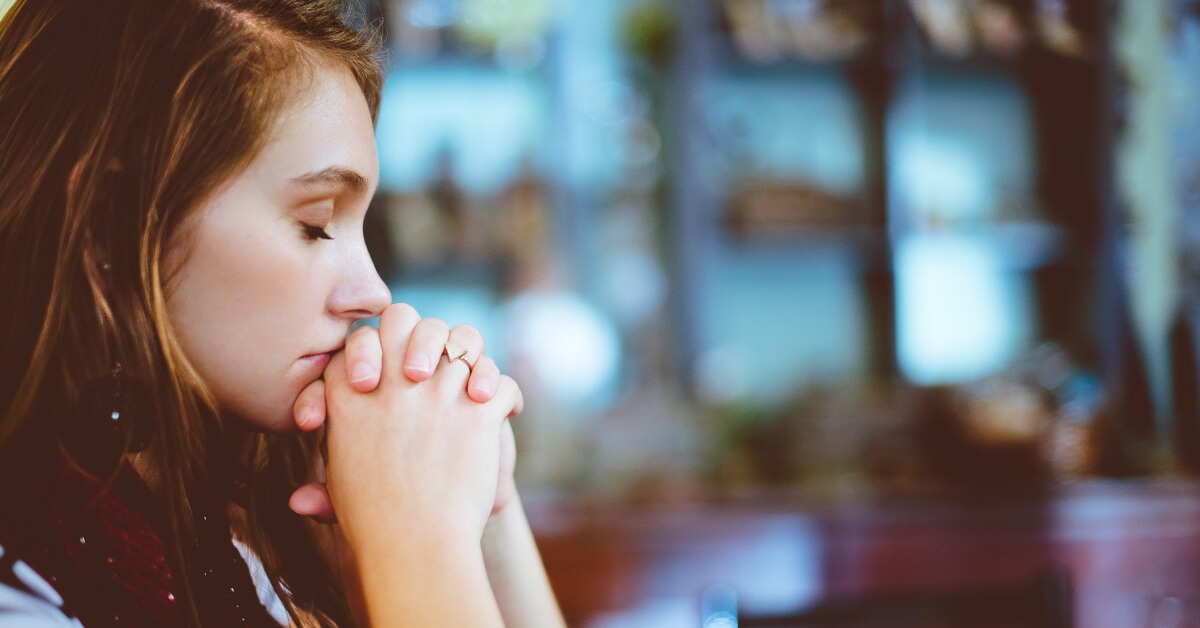 I spent the latter part of last week down with one of those nasty bugs which herald the changing of the seasons, so I decided to revisit an old post rather than writing a new article for today. I first published this piece almost exactly five years ago. –DV

It’s almost Thanksgiving, so you’ve probably been thinking more than usual about the things you have to be thankful for. Most of our lists will have roughly the same shape: gratitude for life and salvation, for friends and family, for work and leisure time, for troubles lifted and prayers answered. We’ll laugh and nod as we consider all the good that we and others have received, and we’ll feel a bit guilty for failing to be as grateful as we ought during the rest of the year when we don’t have a national holiday to help us remember, so we’ll resolve to be more aware of our blessings in the coming year. Even if some troubles weren’t lifted and some prayers went unanswered, we’ll try to focus on the good and give thanks for what we’ve been given. Yet in all this thanksgiving, we may well forget to give thanks for nothing.

Nothing is a gift we’ve all received at one time or another. It came to John the Baptist after he was arrested by Herod. The one about whom Jesus said, “among those born of women there is no one greater” lay in prison for months, stolen from his wilderness of river and desert to decay in a hole in the ground. He sent to the Messiah, the one of whom he’d prophesied, the one whom he’d baptized, and his only answer was “blessed is he who does not take offense at Me.” Nothing.

It came to King Saul as he awaited the arrival of Samuel to offer sacrifices and implore the aid of God against the assembled Philistine army. The king waited for seven days, past the time when the prophet should have arrived, while all the people trembled and “hid themselves in caves, in thickets, in cliffs, in cellars, and in pits.” One pictures the young king crying out to heaven, begging the Lord to send the only one who could intercede between God and man. And he received nothing.

Centuries earlier, God came to Abraham after years of homeless wandering in the land of Canaan and promised him a son. And then gave him… nothing. We can imagine Abraham and Sara’s initial excitement fading into grim hope, turning at last into something near desperation as the heavens remained silent for two decades, punctuated midway through with the sort of frantic mistake that comes when it seems that God needs our help in carrying out his will, as Abraham turned to his wife’s maid in an attempt to make something out of nothing.

We’ve all received nothing, or will; nothing, when it seems so clear that what we desire is right and good—just a job, or a spouse, or rest after trouble, or healing for a loved one. Nothing, when it seems the very core of us has been torn out, when we’ve clung to the promises of God’s faithfulness and goodness so hard it seems our fingers must splinter and bleed; and we wish they would bleed and perhaps finally attract the pity of heaven.

In his darkest, loneliest hour, Job cried in despair, “Have I sinned? What have I done to You, O watcher of men?” (Job 7:20). He feels the hopelessness of petitioning God for mercy from God. “Were He to snatch away, who could restrain Him? Who could say to Him, ‘What are you doing?’ For though I were right, I could not answer; I would have to implore the mercy of my judge. If I called and He answered me, I could not believe that He was listening to my voice” (9:12, 15-16).

Yet God was listening, and he did hear Job’s cries. And so, eventually, he appears and… doesn’t answer the question at all. He does not plead his case. He does not explain. He simply appears “out of the whirlwind” and challenges Job: “Gird up your loins like a man, and I will ask you, and you instruct Me!” As G.K. Chesterton writes, “God comes in at the end, not to answer riddles, but to propound them.” Yet, oddly, “Job [is] suddenly satisfied with the mere presentation of something impenetrable. Verbally speaking the enigmas of Jehovah seem darker and more desolate than the enigmas of Job; yet Job was comfortless before the speech of Jehovah and is comforted after it. He has been told nothing, but he feels the terrible and tingling atmosphere of something which is too good to be told. The refusal of God to explain His design is itself a burning hint of His design. The riddles of God are more satisfying than the solutions of man… Without once relaxing the rigid impenetrability of Jehovah in His deliberate declaration, he has contrived to let fall here and there in the metaphors, in the parenthetical imagery, sudden and splendid suggestions that the secret of God is a bright and not a sad one, and semi-accidental suggestions, like light seen for an instant through the cracks of a closed door. It would be difficult to praise too highly, in a purely poetical sense, the instinctive exactitude and ease with which these more optimistic insinuations are let fall in other connections, as if the Almighty Himself were scarcely aware that He was letting them out. For instance, there is that famous passage where Jehovah with devastating sarcasm, asks Job where he was when the foundations of the world were laid, and then (as if merely fixing a date) mentions the time when the sons of God shouted for joy. One cannot help feeling, even upon this meagre information, that they must have had something to shout about. Or again, when God is speaking of snow and hail in the mere catalogue of the physical cosmos, He speaks of them as a treasury that He has laid up against the day of battle—a hint of some huge Armageddon in which evil shall be at last overthrown.”

One might distill God’s answer to Job into two short words: I Am. And apparently it was enough. The man who not long before had wished, “Oh that I knew where I might find Him, that I might come to His seat! I would present my case before Him and fill my mouth with arguments,” (23:3-4), now humbly declares, “I have heard of You by the hearing of the ear; but now my eye sees You; therefore I retract, and I repent in dust and ashes” (42:5-6). And then, almost as an afterthought, the account ends with the restoration of all Job had lost. An afterthought, because Job had met God.

Sometimes we see God best when there is nothing in the background.

No promise, no hope, can make heaven’s silence easy to bear. Yet we can be assured of this: when the One who set worlds in motion, who created men out of dust, who plunged into a rebel world to redeem a lost race—when that One does nothing, there is a reason. We may not know why, but we know Who. And even heaven’s silence is not without a whisper of hope. “My grace is sufficient for you, for power is perfected in weakness.”

So let us thank God, even when he gives us nothing, remembering that joy comes in the morning. It may be a long night, but it will not be forever. And even the night is a gift, though a hard one, for in it we may see God, if only we cling to the One who, for our sake, came and hung upon a cross; who in incomprehensible agony of soul cried out, “My God, my God, why have you forsaken me?” and heard… nothing.