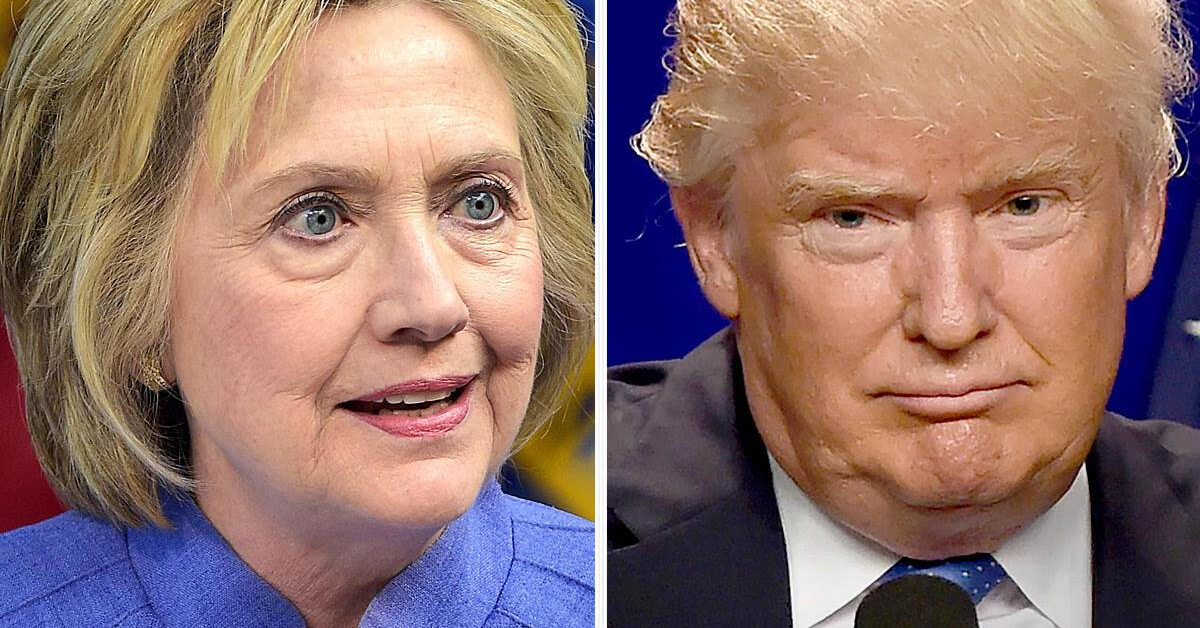 Since I am politically conservative and agree that Trump would probably be a “less bad” president than Clinton, the binary-choice argument is somewhat compelling. However, ultimately it has a fatal flaw.

To begin with, it is simply false to say that we have only two options. Even if we ignore the third-party candidates, the choice facing us in the voting booth is Clinton / Trump / none of the above. That is simply a fact. Not checking a box is a choice. If you’re on a diet and the restaurant offers chocolate cake or a brownie for dessert, “No thanks” is an option. It is an option in the voting booth too.

What people who make the binary-choice argument really mean is that the election will have one of two outcomes, which is true as a practical matter. Absent some highly unlikely circumstance like the death of one of the candidates, either Donald Trump or Hillary Clinton will be the president of the United States in January. Therefore, the only way you can influence the outcome of the election is to vote for one of them. If you choose not to do so, even though you think one of them might be marginally better than the other, then, yes, your failure to support the slightly preferable candidate benefits the slightly less preferable one.

From this fact comes the common advice to vote for the lesser of two evils. Vote for the candidate who seems most likely to be least worst, not because you actually support him or her, but because doing so counters the greater evil. However, there are two problems with that conclusion in this election.

Voting is an Endorsement

When you vote for Candidate A, you are taking part in putting that person in a position of authority. Even if you are merely thinking of it as opposing Candidate B, the fact remains that what you are actually doing is using your God-given political power (as wielded through your vote) to invest a man or woman with political power over yourself and your fellow citizens.

Not Voting Makes a Difference Too

It is easy to think that voting for one of the two major-party candidates in November is the only way to affect the course of our nation. Voting makes a difference; not voting doesn’t. But that is simply not true. Of course, an individual decision to vote for neither Trump nor Clinton won’t make much of a difference, just like a single vote for one of them won’t make much difference. But, just as cumulative votes can change the course of our country by electing the president, cumulative non-votes can make a meaningful difference as well.

As a conservative who usually votes Republican, my non-vote on the presidential part of the ballot will have two important effects which I truly believe will do more good than whatever marginal benefit a President Trump might offer over a President Clinton.

First, a non-vote sends a message to the Republican party that candidates need to meet a minimum standard of acceptability. That is an important message for both party leaders and base voters. Nominate a debauched, dishonest, uninformed, and authoritarian candidate, and conservative voters won’t be coerced into voting for him simply because he has an R after his name. If the party believed conservatives would stay home en masse in November, Trump would never have gotten the nomination. How we react this year will have a tremendous influence on the prospects of the next Trump who seeks the nomination.

Second, a non-vote helps to disassociate conservativism from Trump. If he wins with conservative support, he will be an albatross around conservatives’ necks for the next four or eight years. Every misstatement, every mistake, every boorish remark, every authoritarian impulse or action, will shape public perception of conservatives. And it won’t just be perception. We’ve already seen this year how Trump’s gravitational pull reshapes other politicians and issues along his lines. Either American conservativism repudiates Trump in November, or it will be reshaped in his image, as Ben Carson, Chris Christie, Mike Pence, and Fox News can attest.

Not a Binary Choice

Ultimately, I can understand and respect someone who reluctantly decides to vote for Trump because of the Supreme Court (but don’t be too optimistic), or to protest Clinton corruption, or because they believe the cost of four more years of liberal policies would be too high and they hope Trump would be somewhat better. I disagree, but I get where you’re coming from. But I hope you will not vote without seriously considering the meaningful third option available to you: to resolve to only vote for a candidate who deserves that vote. The reality is that supporting a candidate, even reluctantly, is a message to the future which says, “More of this!” Perhaps the most important choice we can make on November 8 is to refrain from sending that message on behalf of either of the people at the top of the ballot.