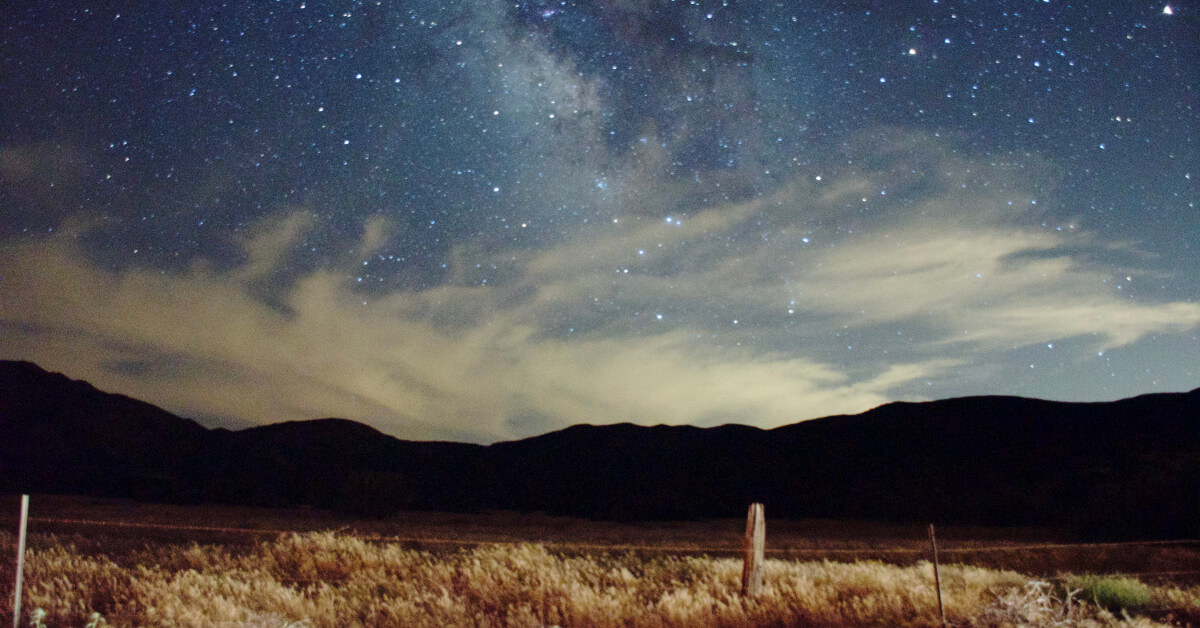 Why are you a Christian? On one level, you are saved because God turned your heart to him. Jesus says in John 6:44, “No one can come to me unless the Father who sent me draws him.” But on another, equally true level, you are saved because you put your faith in the sacrifice of Jesus Christ. That is why Paul could simply tell the Philippian jailer who wanted to know how to be saved, “Believe in the Lord Jesus, and you will be saved, you and your household” (Acts 16:31). And on the human level of belief and unbelief, good arguments are one tool the Holy Spirit uses to cultivate saving faith in our neighbors.

With that in mind, I’m going to be writing a brief “Evidence for God” series, looking at what theologians call natural revelation. Natural revelation is distinct from special revelation, which is God’s direct, inspired communication to man; in other words, the Bible. Special revelation is needed to communicate important truths about God and his relationship to man: things like how to be saved, or God’s trinitarian nature. But the Bible is not the only thing which can tell us about God. Psalm 19:1 says, “The heavens declare the glory of God, and the sky above proclaims his handiwork,” and Paul tells us “what can be known about God is plain to them, because God has shown it to them. For his invisible attributes, namely, his eternal power and divine nature, have been clearly perceived, ever since the creation of the world, in the things that have been made” (Rom 1:18-20).

If you look at an artist’s work, you can learn something about him; that he exists, certainly, and even a little bit about what he is like. Well, we live in God’s handiwork, and even though it is corrupted by the Fall it can still tell us about its Creator. Of course, you could learn a lot more about an artist if he wrote you a letter, but God’s “letter” to us in his Word does not negate the value of the natural revelation all around us. Persuasive arguments based on God’s revelation in creation can encourage unbelievers to consider the likelihood that God exists, making them more open to hearing the claims of Scripture. Such arguments can also make the surrounding culture more willing to consider the plausibility of theism, offering more fertile ground for evangelism. And they can even encourage our own faith when we are bombarded with claims that science and reason have “disproven God.”

But we have to be careful about what we expect from arguments based on natural revelation. An argument which reasons from evidence about the world around us can never reach a 100% certain conclusion, whether that conclusion is theological, philosophical, or scientific. The problem is that we will never have perfect and complete data. There will always be a “What if?” This is why criminal trials only require proof beyond a reasonable doubt. If the prosecution had to prove its case beyond any doubt whatsoever, there would never have been a conviction in the history of the world. The “What if invisible aliens from outer space did it and planted the evidence?” argument would carry the day every time. You can’t disprove it—not absolutely.

Sometimes the unreasonable possibility even turns out to be true. A few hundred years ago, when scientists declared that all mammals give birth to live young, it would have been completely unreasonable to argue that there might be a funky-looking creature in Australia which looked like a cross between a duck and a muskrat and laid eggs. Yet it also would have been true. Who could have imagined the platypus before it was discovered? It’s a thoroughly implausible creature that just happens to exist, because the universe can be a tad unpredictable at times. So confident pronouncements about what we have absolutely, definitely proven in any field should be taken with a grain of salt. That’s just not how inductive reasoning works.

Now, it is true that we can know with absolutely certainty that God exists, but that doesn’t change the fact that we can’t prove it with absolute certainty based on the evidence of natural revelation. If I choose to make my case in that realm I have to play by its rules, and it is disingenuous to act as if I can prove more than I can.

On the other hand, it is often not the theist who forgets the rules of evidence for arguments based on natural revelation. If we can demonstrate that the weight of the empirical evidence suggests that God exists, “But you can’t prove it for sure” is not a compelling rebuttal. Would we accept it in any other area of life? If the doctor says you probably have cancer; if the meteorologist says massive flooding is probably coming; if the mechanic says your tires will most likely blow out—wouldn’t we do something about what is probable rather than quibbling about whether we can be certain?

If I can demonstrate that physical evidence and logic suggest that there probably is a God, I’m quite content to agree with my atheist friend that my conclusion isn’t guaranteed (at least not by an argument from empirical evidence), as long as my atheist friend is willing to seriously consider what the probable existence of God might mean for his life. I’m not trying to force him into a logic box from which the only possible exit is saving faith. That is not my job, and I can’t do it, anyway. God saves, not me. I just want to bring my friend to the Bible and let the Holy Spirit continue the work he began with my words.

In coming weeks, I am going to consider these three arguments for the existence of God, based upon our own human experience, observation, and reason:

None of these arguments can prove the existence of a God with the exact characteristics that we find in the Bible. In fact, none of them can prove the existence of any God at all. But they can give very compelling evidence that there is some sort of supernatural being “behind” the universe—and that is no small concession from which to start an evangelistic conversation.