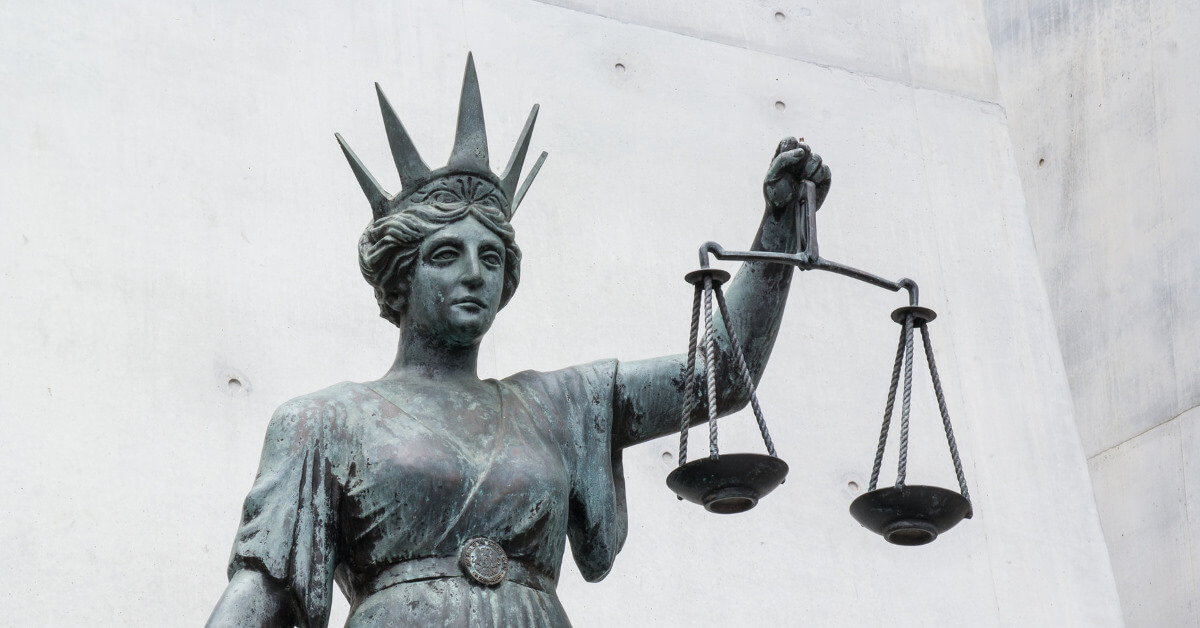 But when Christ appeared as a high priest of the good things that have come… he entered once for all into the holy places, not by means of the blood of goats and calves but by means of his own blood, thus securing an eternal redemption. For if the blood of goats and bulls, and the sprinkling of defiled persons with the ashes of a heifer, sanctify for the purification of the flesh, how much more will the blood of Christ, who through the eternal Spirit offered himself without blemish to God, purify our conscience from dead works to serve the living God. (Hebrews 9:11-14)

According to the Bible, human sinfulness cuts us off from a holy God, so he sent his Son to take on a human life and then die to redeem us from our sins. Through faith, Christ’s blood atones for us so we can come into the presence of God as children rather than condemned sinners.

For those raised in the church, such a summary of the gospel may seem natural and intuitive, but for many unbelievers it is a weird, incomprehensible idea. Some even see it as unjust and wicked. Why would God demand blood before he forgave? And how can one person’s blood, shed two thousand years ago, have any effect on my own, personal guilt anyway?

Whether or not these questions trouble you, they are worth considering because they do trouble many of your neighbors, who see them as intellectual or moral barriers to belief in the gospel. It is hard to find the promise of redemption compelling if you think the means by which it is offered are fundamentally flawed. So we need good answers to objections like this.

But first we have to consider whether we are even asking the right questions in the right way. We live in an irrationally rationalistic age; because the material universe operates according to principles we can observe, measure, and analyze, we expect everything else to do the same. One sometimes gets the impression that Christ’s atoning sacrifice can only be valid if we are able to work out an equation by which sin times humanity minus Jesus-squared equals forgiveness.

The problem with such an insistence on comprehensibility is that our redemption is the working out of a divine justice which we cannot fully grasp. We understand God’s justice by analogy to what justice looks like here on earth, but analogies can only go so far. Consider what it means to be a person, for example. We can somewhat understand God’s personhood by comparison to our own, but then we stumble into the complexity of the Trinity and suddenly find ourselves out of our depth. The analogy is true, but not comprehensive. Similarly, God’s creativity, his power, his love, all start analogously to ours but exceed their human images in ways we simply cannot conceive. Who knows what levels of divine justice might simply be lost in our shallow earthly version?

If Jesus’ sacrificial death happened, then God exists. If God exists, then there are depths of reality which we cannot expect to fully grasp. And if there are depths of reality we cannot fully grasp, then Jesus’ sacrificial death may operate along lines which we cannot fully map or explore. The idea that the atonement is only plausible if we understand exactly how it works is, frankly, laughable.

It may seem like that puts us back where we started, and, in a sense, it does. We still have difficult questions and it still does not seem like we can work out the answers for ourselves. But we’ve actually made a good deal of progress, because it is now apparent that it does not make sense to expect to be able to work out the answers for ourselves. We need to reconsider how to approach the question. When we are trying to form an opinion about something we cannot see, it makes sense to get our information from someone who can see it. If we are trying to form an opinion about divine justice, we have to look to the only one who can see it fully: God himself.

This may seem like cheating or begging the question somehow. But it’s really just common sense. If we truly are cut off from God by sin, and if there truly is a way back to him, then he is going to have to be the one to point it out. And in fact, because he is gracious to us, he has not only pointed it out but he has also given us ample reason to trust him as he does so.

According to the Scriptures, “the wages of sin is death” (Rom 6:23). Even if we acknowledge that we cannot see the full picture of sin and justice, it’s easy to feel that such a sentence is too harshly punitive. However, it is a good deal harder to make that case when we realize that the weight of the punishment fell on the same one who pronounced it. God decreed man must die for sin, then became man and died for the sin of men. No human can fully explain why only death can clear sin’s ledger, but our innate sense of justice can tell us that it is safe to trust someone who has—in the most literal sense—skin in the game.

The rest of Romans 6:23 tells us “the free gift of God is eternal life in Christ Jesus our Lord.” Again, the temptation is to quibble. How exactly can Jesus’ substitutionary death satisfy the scales of cosmic justice? But now we find our own objections clashing with one another. A moment ago, we accused God of being overly harsh and exacting in his punishment when he demanded blood to wash away sin. Is he now also, simultaneously, too lenient and gracious by pouring out his own blood to do the washing?

If God’s justice seems to go too far in both directions, perhaps it is because we have stumbled out of the kiddie pool of our earthly sense of justice into the ocean of the Creator’s fierce and holy righteousness. If we cannot plumb its depths, the safest thing to do is to trust the One who has promised to make a way through it.

Header photo by Rae Allen under CC BY 2.0, cropped