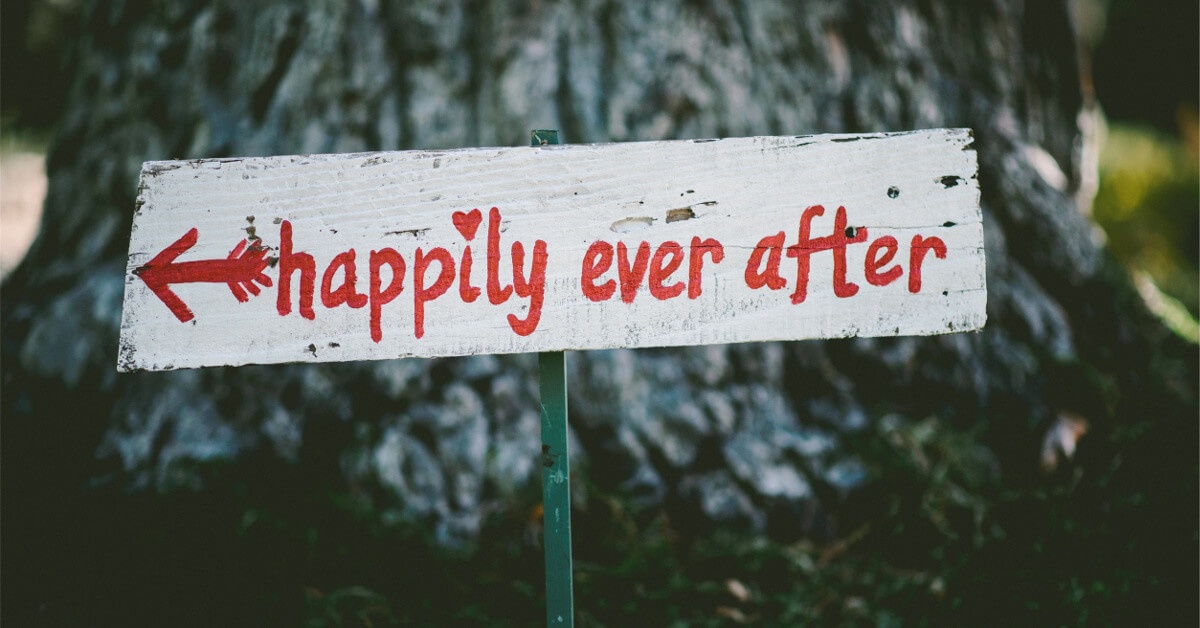 I had a conversation recently with a young woman who was agonizing over whether to go out with a fellow who she felt was likely to ask her on a date soon. She was pretty sure she wasn’t interested in him, but she was concerned: What if she said no, but he was actually The One?

Her look of concern mirrored the one I’ve often seen on high school students and their parents whom I’ve advised as they made college plans. What if they don’t get into the right school? Or don’t even apply there? Or don’t even know about it?

Making wise and informed decisions is important, of course, but our preoccupation with selecting the right option, whether we’re talking about a spouse, a school, a career, or any other important life choice, is the unhelpful product of bad theology. It misunderstands both God’s role and ours in our decision-making and it misdirects our focus, treating the lead-up to a decision as more important than its aftermath, when in reality it’s usually just the opposite.

I just finished reading Just Do Something by Kevin DeYoung, an argument against the semi-mystical attempts to discern God’s specific “will for your life” that are popular today in Christian circles. DeYoung lays out a clear case against the idea that God has some hidden plan that we have to ferret out before it’s safe to make any significant decisions. Yes, God has a sovereign plan, but it’s not our job to know each step before we take it.

As James reminds us, “You do not know what your life will be like tomorrow. You are just a vapor that appears for a little while and then vanishes away.  Instead, you ought to say, ‘If the Lord wills, we will live and also do this or that.'” Our lack of foreknowledge creates room for faith. Imagine Joseph’s story, or Daniel’s, if they had been granted the sort of detailed plan for the future that it is so tempting to demand from God.

Instead, DeYoung says God’s revealed will for us is very simple: “Seek first the kingdom of God and his righteousness.”

He doesn’t call on us to seek a divine word before scheduling another semester of classes or deciding between bowling or putt-putt golf. He calls us to run hard after Him, His commands, and His glory. The decision to be in God’s will is not the choice between Memphis or Fargo or engineering or art; it’s the daily decision we face to seek God’s kingdom or ours, submit to His lordship or not, live according to His rules or our own. The question God cares about most is not “Where should I live?” but “Do I love the Lord will all my heart, soul, strength, and mind, and do I love my neighbor as myself?”…

So go marry someone, provided you’re equally yoked and actually like being with each other. Go get a job, providing it’s not wicked. Go live somewhere in something with somebody or nobody. But put aside the passivity and the quest for complete fulfillment and the perfectionism and the preoccupation with the future, and for God’s sake start making some decisions in your life. Don’t wait for the liver-shiver. If you are seeking first the kingdom of God and His righteousness, you will be in God’s will, so just go out and do something.

I strongly agree with DeYoung’s overall point, but I wish he had been less dismissive toward what he calls “nonmoral decisions” (i.e. decisions between two or more options, neither of which are sinful). He writes, “God doesn’t care where you go to school or where you live or what job you take,” and though he acknowledges that he’s using hyperbole to make a point, one still gets the sense that DeYoung wouldn’t much mind if we made most of our “nonmoral decisions” on the basis of a coin toss. On the one hand, that might actually be a better option than a frantic, paralyzing search for a specific, hidden Plan, but on the other it seems to reduce the importance of wisdom in the Christian’s life.

Some nonmoral options are better than others. As a teacher, I have to choose the cities where I’ll offer classes. It wouldn’t be sinful for me to teach in Wilmington while living near Charlotte, but it certainly would be foolish, because it would be a huge drive that would significantly reduce my time for other, more productive work. It wouldn’t be sinful for me to marry a godly girl who hated reading or the outdoors, or who I didn’t find attractive, but it would be pretty foolish.

Of course, one could say both of those are moral decisions, the first because it would affect my ability to serve God in other ways and the second because it would decrease the likelihood of a happy marriage. I would actually agree. However, if we adopt this view of decision-making we’ve essentially defined “nonmoral decisions” out of existence. If I have to choose between eating out at Taco Bell or Chick-fil-a, the decision has implications for my financial wellbeing, my personal pleasure, and my likelihood of becoming violently ill from food poisoning – each of which is a moral issue. It’s hard to imagine any decision which is utterly lacking in moral significance, if traced back far enough.

At this point, one can feel a hint of panic at the prospect of dozens and dozens of decisions to be made daily, each of which matters in one way or another. But frankly, that’s silly. We all know that even small decisions matter. Every morning, I choose to brush my teeth. The decision matters: My body is the temple of God, so I have a responsibility to maintain it. I don’t agonize over the decision though, or even think about it very much. I just brush my teeth.

Some decisions are easier than others, but either way we are commanded to be wise in our decision-making. Jesus instructed his disciples to “be shrewd as serpents and innocent as doves.” Proverbs declares, “Take my instruction and not silver, and knowledge rather than choicest gold. For wisdom is better than jewels; and all desirable things cannot compare with her.” And, having given the command, God also offers the means: “But if any of you lacks wisdom, let him ask of God, who gives to all generously and without reproach, and it will be given to him.”

Wisdom is certainly needed for momentous decisions, but it is also a very everyday, practical thing. The Book of Proverbs promises instruction in wisdom, then offers such observations as, “He who gathers in summer is a son who acts wisely,” “In abundance of counselors there is victory,” “He who is guarantor for a stranger will surely suffer for it,” and “Where no oxen are, the manger is clean, but much revenue comes by the strength of the ox.” One gets the sense that only an accident of chronology prevents Solomon from reminding us to change our oil every 3,000 miles.

So how should we make decisions, whether large or small? First, ask for wisdom. Not merely for a specific decision, but in general. We ought not merely desire to make this or that decision wisely, but to be wise. Second, we must seek to be in right relationship with God, as DeYoung emphasizes. Peter warns his male readers to honor their wives, “so that your prayers will not be hindered.” The Christian who is rebelling against God in some area of his life is setting himself up to make foolish decisions. Third, know the Scriptures and seek wise counsel. And finally, consider the options and make a decision, confidently and in faith.

Sometimes we will make decisions based on the counsel of others. Sometimes we will ignore advice because we are sure some other course is better. Sometimes our decisions will be coldly rational, and sometimes we will “go with our gut.” Sometimes we’ll make mistakes, and that’s okay, because our sovereign God can alchemize even our mistakes into good. To quote from a faintly cheesy but wise Keith Green song, heard years ago, “Just keep doing your best, and pray that it’s blessed, and Jesus takes care of the rest.”

There is no secret, hidden plan for us to find, but we are called to be wise. So let us seek wisdom and incline our hearts to understanding, then just do something, trusting God to take care of the rest.