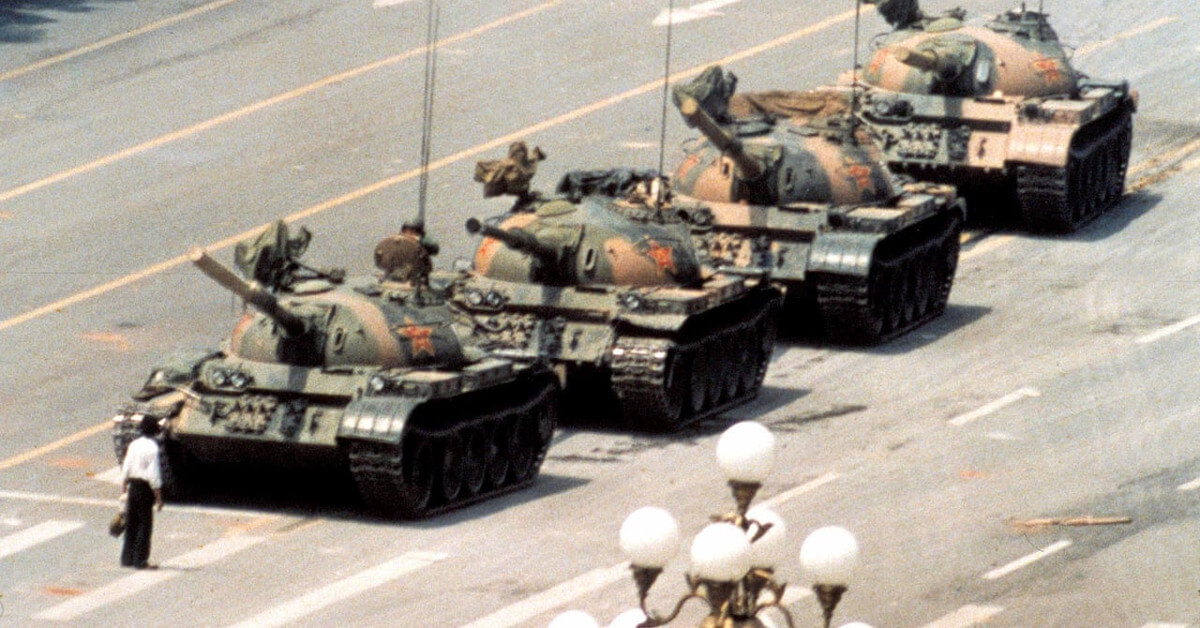 As I’ve watched the news and read social media over the last few weeks, I couldn’t help thinking about an article I wrote a couple years ago. I decided to put my series about the Sabbath on hold this week and repost this instead. –DV

Who has real power over you?

Our culture is increasingly obsessed with questions of power, privilege, and oppression. It is a focus which originates in leftist academia and is rooted in Marxist social and political theory, but the language and ideas have flowed into how we talk and think about just about any social conflict. For many thinkers today, our world is primarily interpreted in terms of who has power and privilege and who doesn’t, and that distinction has grown into an individual’s single most important and defining feature.

The racial rioting in Ferguson, Baltimore, and elsewhere? It was the result of systematic oppression of African-Americans by systems of white privilege, and the violence and destruction were understandable, even excusable, because the rioters were trying to wrest back power in the only way they could.

Trying to decide if Bruce Jenner can be a woman and Rachel Dolezal can be black? In leftist circles, much of the debate centered on the question of whether a male and a Caucasian declaring themselves to be, respectively, a woman and an African-American, were taking advantage of their positions of privilege to appropriate the stories of less-privileged communities. As one New Republic writer worried, “The problem is that Dolezal really doesn’t have African-American heritage, and that she is performing a culture and a narrative that does not belong to her.” In the New York Times, Elinor Burkett wrote, “Ms. Jenner’s experience included a hefty dose of male privilege few women could possibly imagine.”

Or, to offer a final example, recent feminist discussions about catcalling, sparked by last year’s viral YouTube video of a woman being harassed while walking the streets of New York, have primarily condemned such behavior on the grounds that it exemplifies “male privilege.” The problem is not the crude sexual comments themselves, apparently, but the power imbalance revealed by the fact that men catcall women and not vice versa.

The interesting thing about these examples is that there really is something terribly wrong going on in each case. Bruce Jenner and Rachel Dolezal are plainly broken and disturbed. Police brutality, catcalling: these are disgusting, wicked things. But it is a strange perspective which looks at perversity like this and concludes that the most pressing, primary concern is whether one person has power over another.

As I said earlier, this narrow focus on power and who has it can be traced to Karl Marx. He theorized that there is only a certain amount of power in society, and history is shaped by the struggle of different classes to seize a larger part for themselves. Marx’s ideas provided an appealing template for later thinkers because they helped to answer a question which bothers every one of us: What is wrong with the world, and what can be done about it? Christianity says the answers to these questions are, respectively, fallen human nature and Jesus, but of course those answers cannot fit into secular social theories.

Instead, a focus on power and privilege yields a different picture with a different answer. The problem with the world is that some people have power over other people, and the solution is to take power from those who have it and transfer it to those who do not. Hence the campaigns for everything from income redistribution to ludicrous microaggression and affirmative consent policies. What you think is wrong with the world determines how you try to fix it.

Which means that it is very important to have a clear picture of what actually is wrong with the world. And according to God’s word, the question of who has power is not especially important, because what the world calls power is not especially powerful. The Bible frequently warns believers against the dangers of pursuing position and privilege for ourselves (e.g. I Timothy 6:6-10), and it calls on God’s people to help the victims of injustice and oppression (e.g. Jeremiah 22:3), but at the same time it just cannot seem to take earthly power and influence too seriously when other people have them.

The story of Joseph is the story of a boy who was kidnapped by his older brothers, sold to slave traders, purchased by an Egyptian official, sexually harassed by his owner’s wife, and then thrown into prison. It is ripe for analysis of how Joseph was powerless and objectified, yet the account never offers a hint that anyone other than Joseph and God (in different ways) was in control of his destiny. From a human perspective, Potiphar’s wife had nearly total power over him, but Joseph still had a choice, and that choice—in the final analysis—was all that mattered. As far as Joseph was concerned, anyone else’s “privilege” appears to have been almost irrelevant.

The best example of this striking disinterest in worldly power and influence comes from Jesus Christ himself, who stood before Pilate, the ruling representative of the world’s greatest empire, and calmly declared, “My kingdom is not of this world. If my kingdom were of this world, my servants would have been fighting, that I might not be delivered over to the Jews. But my kingdom is not from the world.” When Jesus then fell silent, we can hear the frustration of unexpectedly irrelevant power in Pilate’s cry, “You will not speak to me? Do you not know that I have authority to release you and authority to crucify you?” (John 18, 19). One suspects the Roman governor had caught a sudden glimpse of the extent of his own real authority and found it… limited.

Of course, limited power is still power, and the Bible is quite realistic about the potential costs of crossing those with privilege and influence. Jesus, after all, did end up crucified; and when Peter composedly informed the enraged and threatening Jewish council that “We must obey God rather than men,” he earned a beating for himself and the other disciples (Acts 5:17-42). So it is true that power has power, but from a heavenly perspective the greatest earthly power is embarrassingly modest.

Jesus told his followers, “Do not fear those who kill the body but cannot kill the soul. Rather fear him who can destroy both soul and body in hell” (Matthew 10:28). The worst that worldly power can threaten is really very little, relatively speaking. And the best that worldly power can offer is also very little. In the middle of Hebrews 11’s honor roll of the oppressed, objectified, and unprivileged—“destitute, afflicted, mistreated”—we are told their motivation: “These all died in faith, not having received the things promised, but having seen them and greeted them from afar, and having acknowledged that they were strangers and exiles on the earth. For people who speak thus make it clear that they are seeking a homeland… [T]hey desire a better country, that is, a heavenly one. Therefore God is not ashamed to be called their God, for he has prepared for them a city.”

If Joseph and Jesus and Peter and the saints of Hebrews 11 seem like they have trouble focusing their full attention on questions of worldly privilege, if they seem to struggle to take it seriously, it is because they see it as it really is. When one lives in the real world, it is hard to get seriously worked up because someone else owns Park Place and the Boardwalk in Monopoly.

Who has real power over you?

2 thoughts on “Power, Privilege, and the Christian Perspective”