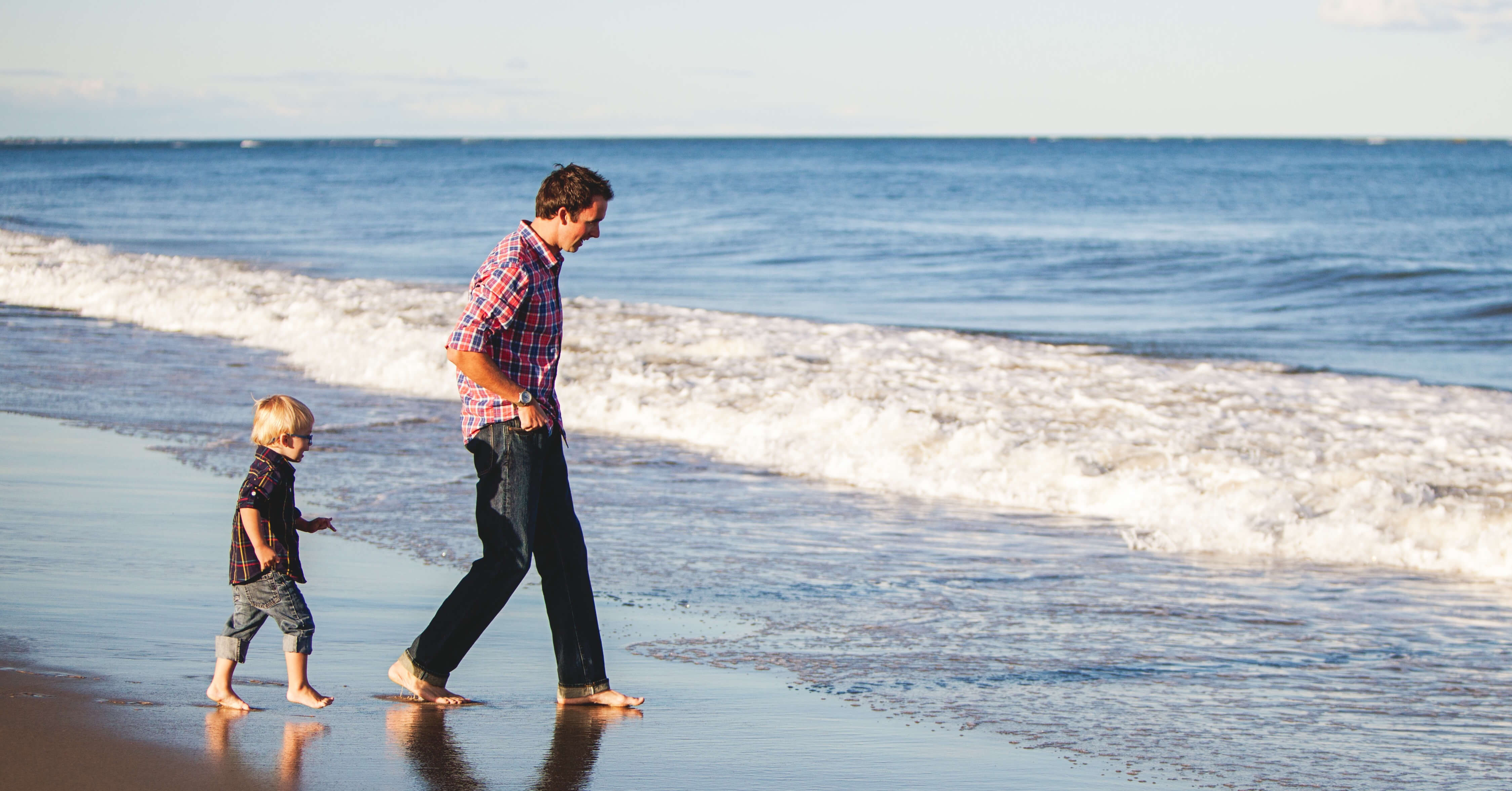 The article is called “The Fear of Having a Son” and it is one of the saddest things I’ve ever read. Andrew Reiner, an English professor, begins by describing his response five years ago when a student asked him how he felt about having a son: “‘Terrifying,’ I blurted. ‘All I can think about is bullying.'”

He feared his son would be bullied, he explains, because “this boy’s going to be raised to feel and express his vulnerability. That’s a curse in this culture.” But in addition to fearing how his son would be received by a hostile culture, he also dreaded the appeal of that culture, worrying that his son would be drawn into the “alpha domination” and “tight-lipped John Wayne ethos” that form “the limiting script of traditional masculine norms.” Small wonder that raising a son felt like a terrifying journey.

Reiner goes on to offer a convincing set of anecdotes and statistics to demonstrate that his fear of raising a son is not an anomaly. When a modern father—or at least a modern father with a certain education—thinks about raising a son, the challenge that is on his mind is how to help the boy embrace “the power of vulnerability,” while his primary concern when raising a daughter is how to cultivate strength and confidence. For some reason, fathers seem more drawn to the latter.

But I haven’t gotten to the most heartbreaking part of the article yet, because Reiner shifts back to his own story at the end. Despite his fears, he is determined to raise his son to be best of his ability, and he closes with an anecdote describing how he recently sent his son to his room for yelling and throwing his toys with “reactive, destructive boy energy.” Rather than leaving his son alone, Reiner followed him, asking why he was being so rowdy and helping him to talk through the feelings that prompted the rough play. The article ends with son embracing father: “He threw his arms around my waist, leaning his head into me. I didn’t need words to know what filled my young son: He felt wanted.”

I read Reiner’s article several days ago, but I just can’t shake that image of an earnest father trying so hard and missing the mark so badly. I suppose you may think I am about to say that the professor is raising his son to be a lovely young lady, but that is not actually the problem. A man should be willing to be vulnerable. A man should be able to cry. (Jesus was, and did.) A father’s example and guidance can wonderfully help a boy develop these less innate parts of his personality to become a richer, healthier person, more fully expressing the image of God in himself.

The problem is not what Reiner is cultivating in his son, but what he is losing, written off as part of “the limiting script of traditional masculine norms.” I hesitate to read too much into a short article, but it certainly seems that he cannot think of “boy energy” as anything but reactive and destructive. Toughness, drive, emotional self-control, are all seen as antithetical to the desired sensitivity and openness. And it’s true that those two sides of a healthy, whole man can seem opposed at times. But by suppressing the harder, less domesticated male virtues rather than carefully training and cultivating them, we lose a great deal, even in our increasingly domesticated world.

A boy’s natural wildness and competitiveness may ripen into the arrogance of a Type-A jerk who terrorizes the boardroom, but they may also settle into the grit to fight through failure to start a business on the tenth try or to go against the crowd to befriend the unpopular kid at school. Manly stubbornness may keep a man from hearing his wife, or it may give him the guts to work two jobs and still pull himself off the couch to play catch with his son on the weekend. Sensitivity is all very well, but it’s not what lets you look your troubles in the eye, grin, and say, “Not this time.” The world needs manly men, despite all the trouble they sometimes cause.

Of course, manly traits are not so easily killed. It is hard to say which is worse—the boy whose manliness has been successfully eradicated, or the boy whose manliness has grown twisted and jagged as it resisted attempts to choke it out. Kill a white knight, and a pornography addict may pop up in his place. Kill a fighter, and you may get an abuser. Kill a competitor, and you may end up with a cheater. Our jails are full of boys who had to try to figure out how to be manly without anyone to show them the way.

And men like Andrew Reiner look at those boys and swear they will do better, but they don’t have anyone to show them the way either, so they try to cure a disorder of the male heart by raising men without chests.

As I think of all these men of my generation who are afraid to raise their own sons, I am unspeakably thankful that I am not left flailing away from whatever danger presses hardest upon my awareness. Unlike mere experience, which generally just warns us away from wrong directions, one of the beautiful benefits of true religion is the Bible’s ability to point us in the right direction. Experience may warn us away from the Scylla of vicious manliness and the Charybdis of impotent sensitivity, but only a source with authority deeper than human wisdom can be trusted to paint an accurate picture of true manliness.

Only the Bible beautifully balances the admonition to find a wife like the vigorous, wise, and competent exemplar of Proverbs 31 with the warning to “live with your wives in an understanding way, showing honor to the woman as the weaker vessel” (I Peter 3:7), all wrapped around the unashamed romanticism of the Song of Solomon.

Only the Bible offers us the example of the perfect Man, who wept and turned the other cheek and welcomed the little children, but who also scourged the Temple money changers, blasted the Pharisees, and beat death at its own game.

Only the Bible gives me confidence that I can know how to be a man, and how to raise one.